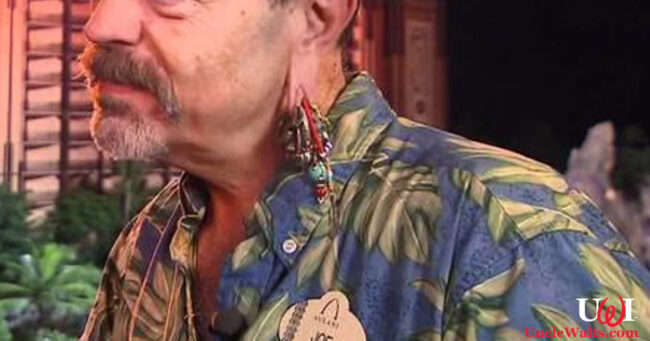 We suspect it was the source of all of the good ideas anyway.

GLENDALE CA — Good news from Disney Imagineering headquarters! Although legendary Imagineer Joe Rohde will be retiring effective January 4 of next year, his famed earring will continue working for the foreseeable future.

The earring, which unsuccessfully ran for president earlier this year (and which may be an alien), made the announcement on its official Twitter account.

No announcement has been made as to how the earring intends to get to work each day.

Do you have any jewelry that will keep working after you retire? Let us know in the comments below!

Cover photo: Joe can relax, but the earring will still be hard at work. Photo by alchetron.com [CC BY-SA 3.0].

December 14, 2020 by Marty in Other, World
© 2020 Uncle Walt's Insider. All rights reserved. All images used with permission. Unless otherwise attributed, all images licensed under Creative Commons CC0 license. This site is protected by reCAPTCHA and the Google Privacy Policy and Terms of Service apply.