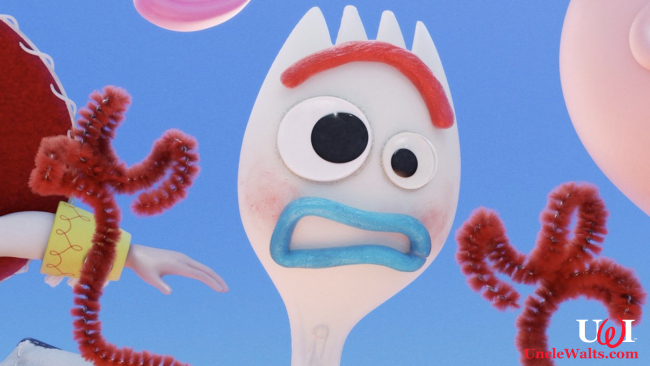 Even Disney fans won’t shell out 20 bucks for something they can easily make at home.

BURBANK, CA — The fourth installment in the Toy Story Cinematic Universe is going strong at the box office. Unfortunately, merchandise sales haven’t spiked like they usually do with the introduction of a new, lovable character.

Disney designers hoped that “Forky,” the arts-and-crafts project of human child Bonnie, would be the Porg of the new series — the “must-have” plush toy of Toy Story 4.

Unfortunately, the planners failed to account for two things. First, a spork does not make a very cuddly plush. And second, exact replicas of Forky can be created easily with less than 15 cents of readily-available supplies. So official Disney/Pixar merchandise sales are lagging.

Meanwhile, grocery store chain Kroger reports a spike in sales of sporks in their picnic supply aisles nationwide, and Hobby Lobby has had to resupply its stock of googly eyes twice since the film’s release.

July 2, 2019 by Marty in Other
© 2020 Uncle Walt's Insider. All rights reserved. All images used with permission. Unless otherwise attributed, all images licensed under Creative Commons CC0 license. This site is protected by reCAPTCHA and the Google Privacy Policy and Terms of Service apply.