DCL disappointment: Magic Portholes do not actually use magic 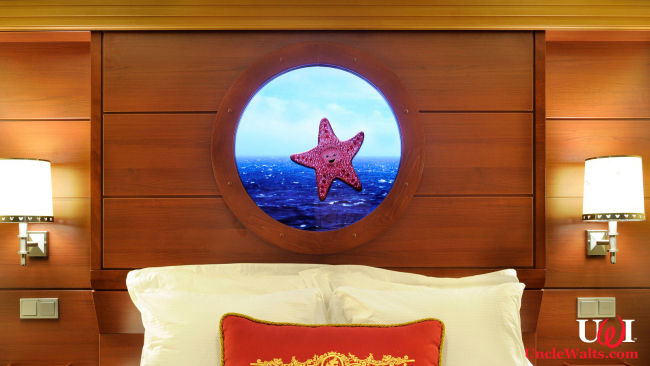 CELEBRATION, FL — The Walt Disney Company uses the word “magic” a lot — the Magic Kingdom Park; their first cruise ship, the Disney Magic; the Remember the Magic parade; the “magic underwear” worn by Cast Members who work with characters in the parks so they never have to take potty breaks; and that whole Disney’s Magical Wizarding World of Harry Potter thing. But to what extent do they actually use magic?

As our loyal readers [Ed.: three of you now? two?] know, Uncle Walt’s Insider has been at the forefront of investigative reporting for decades. We’re the ones who broke the story about the new Disney parks in Pyongyang, North Korea, and Escanaba, Michigan, after all. [Ed.: One of those places is a despotic hellhole, right? Note: check which is which before visiting.] And we were the first to report the lack of actual magic in Walt Disney World’s “Magic Bands.”

So when the Disney Cruise Line announced back in 1753 [Ed.: fix this.] that their new ships the Disney Dreamboat and Disney Fantasia would feature “magical portholes,” Uncle Walt’s sent an intrepid unpaid intern onboard undercover as a low-level deckhand to find out the truth.

Four years at the mast

The “magical portholes” are fake windows in otherwise windowless inside cabins onboard these Disney ships. They provide live views of the scenery outside, along with the occasional animated character. [Ed.: Oh, is that what they are? Huh. I first heard “magical porthole” and assumed it was something naughty.]

For the past four years, intern “Phil” [not his real name; it’s actually Kevin] worked long hours as a Disney Cruise Line Crew Member, living off of the food supplied onboard and sending his meager paychecks to us to cover his “expenses.” All the while, too, Phil/Kevin was spending his limited free time digging through schematics, searching restricted offices, all to try to find documentation on how the magical portholes worked.

Finally, last month, he had a breakthrough. Using the incredibly clever technique of asking one of his fellow Crew Members, he learned the secret — and it’s not “magical” at all! It turns out that Disney just puts a round video screen on the wall and pretends that it’s magic. So disappointing!

So there you have it — another amazing bit of inside knowledge from Uncle Walt’s! Thanks, Phil/Kevin, and enjoy the rest of your ten-year contract with DCL! And keep those paychecks coming!

What would you like Phil/Kevin to investigate next? Let us know in the comments below!

Cover photo of Not-So-Magical Porthole aboard the Disney Dreamship © 2012 Disney, if you can still believe anything they say.

September 10, 2018 by Marty in Other
© 2020 Uncle Walt's Insider. All rights reserved. All images used with permission. Unless otherwise attributed, all images licensed under Creative Commons CC0 license. This site is protected by reCAPTCHA and the Google Privacy Policy and Terms of Service apply.