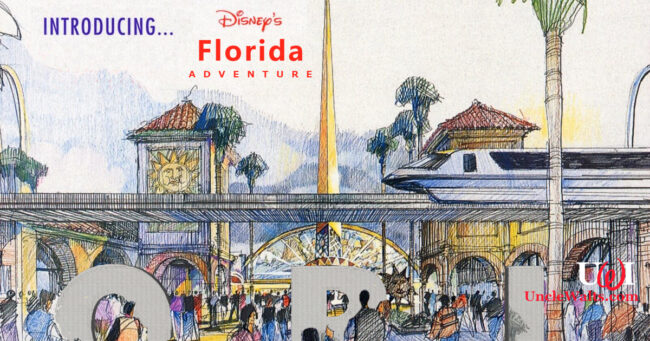 If we had known this sooner, it could have been the 14th surprise about how WDW is celebrating its 50th Anniversary.

This new theme park will be named “Disney’s Florida Adventure.” According to our sources, this revolutionary theme park will feature off the shelf attractions themed to existing intellectual property already owned by Disney. It will have no live entertainment, but will have B-list celebrities that no one cares about narrate an exciting new show put together by a group of elderly YouTubers, called Golden Age Dreams.

There will be dining options, but Disney does not plan to run any of them. Instead, they will completely outsource dining to big name chain restaurants and coffee shops, with the exception of one iconic treat: orange juice. A one-of-a-kind location will feature drinks and treats all based on orange juice, with fresh oranges flown in daily from South America.

The location is set to be in the Eastern part of the Walt Disney World Property, giving guests easy access to the park via Walt Disney World transportation. Our sources tell us that ground breaking will begin immediately after the announcement, with an opening date targeted for summer 2023.

[NOTE: Many of our more annoying readers have pointed out that Uncle Walt’s Insider has already announced a “Fifth Gate” at Walt Disney World, to be called Yesterland, filled with previously removed attractions. We can report that Yesterland’s construction was delayed by the health scare. Ironically, now, once it is built it will also include the copy of itself that was never built. This makes our head hurt.]

Why does this all sound familiar? Let us know in the comments below!

July 31, 2021 by Walt in Florida
© 2020 Uncle Walt's Insider. All rights reserved. All images used with permission. Unless otherwise attributed, all images licensed under Creative Commons CC0 license. This site is protected by reCAPTCHA and the Google Privacy Policy and Terms of Service apply.