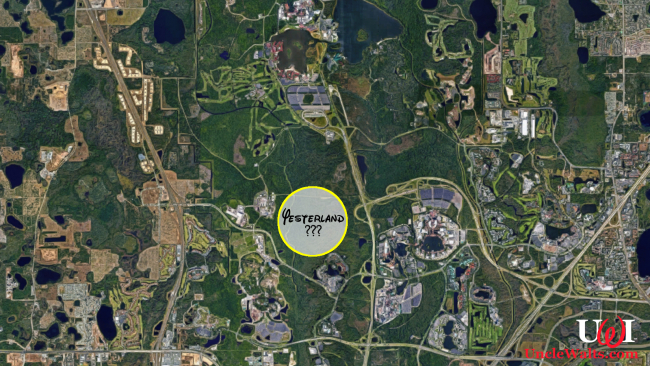 WALT DISNEY WORLD, FL — As Disney’s four Florida theme parks now reach attendance capacity year-round, in spite of rising admission prices, fans around the globe have asked, “When will Disney build another park at Walt Disney World? When will we get a ‘fifth gate’?”

We now have an answer: next year!

And that’s not all — the new park will feature all the beloved old rides removed from other Disney parks!

“All the old classics will be there,” says Disney (the company) spokesperson Jun Disney (no relation). “The Flying Saucers, the Monsanto Home of the Future, and both the original Submarine Voyage from Disneyland and the 20,000 Leagues Under the Sea ride from the Magic Kingdom. We’ll even have the Epcot classics: the Wonders of Life Pavilion, Horizons, and Journey into Imagination with Dreamfinder and Figment, not to mention more recent classics like Ellen’s Energy Adventure and Maelstrom.

“We’re still debating whether to build another Spaceship Earth just so we can have original narrator Lawrence Dobkin.”

“Of course,” Disney (no relation) continued, “if we do build another Spaceship Earth, we’ll probably put back the giant wand. This also means the return of the Sorceror Mickey Hat, parked right in front of the rebuilt Great Movie Ride.”

This sounds almost too good to be true, especially for fans of Disney parks from their early years. How is it possible, we wondered?

“Easy enough. When we’ve removed attractions in the past, we didn’t destroy them. We just put them in storage in case we ever wanted to bring them back. We do have a lot of land in Florida to keep stuff.”

What of the name, “Yesterland,” which as most Disney fans know as the name of a website dedicated to remembering past attractions at Disneyland?

“That’s actually where we got the idea,” Disney (no relation) tells us. “Bob Chapek (Chairman of Disney Parks and Resorts and Spas) was looking through that site when the idea for a full-park version of Yesterland hit him. He figured we could easily get those attractions up and running fairly cheaply!”

There is no specific location announced for the new park, but we think it will likely be on the west side of the Walt Disney World Resort, between World Drive and Western Way. We’ll let you know when we know more!

What old attractions would you like to see at Yesterland? Let us know in the comments below!

SPECIAL THANKS to Werner Weiss of the amazing Yesterland.com for allowing us to use the name in this article, and for maintaining such a wonderful website full of incredible memories. Seriously, go check it out!

February 8, 2019 by Marty in Florida
© 2020 Uncle Walt's Insider. All rights reserved. All images used with permission. Unless otherwise attributed, all images licensed under Creative Commons CC0 license. This site is protected by reCAPTCHA and the Google Privacy Policy and Terms of Service apply.