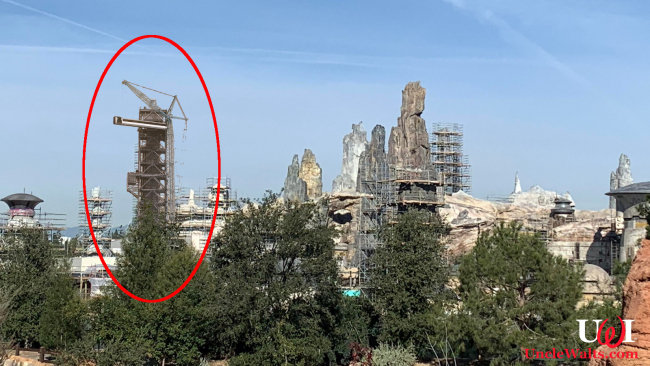 Musk says that visitors to the Star Wars-themed lands in California and Florida will be able to purchase a “fully immersive experience.” Yes, the experience will include the usual character meet-and-greets. But then the add-on culminates in the guests boarding a Dragon crew module atop a Falcon 9 rocket and blasting off for a quick journey to space. After circling the earth a single time in a low orbit, the spacecraft will return to the park.

This is not the first theme park partnership between Musk and Disney. The first joint effort was retheming Epcot’s Mission: Space to have guests driving Tesla Roadsters, after SpaceX launched one towards Mars. Disney later also adopted Tesla’s self-driving technology to its rental electric scooters.

The price tag for the experience has not been announced. Chapek hinted that a lower-cost option may be available. Guests paying less would ride aboard the first stage of the rocket, which is jettisoned before Falcon reaches space.

Is hyperspace next? Let us know what you think in the comments below!

March 12, 2019 by Marty in California, Florida
© 2020 Uncle Walt's Insider. All rights reserved. All images used with permission. Unless otherwise attributed, all images licensed under Creative Commons CC0 license. This site is protected by reCAPTCHA and the Google Privacy Policy and Terms of Service apply.