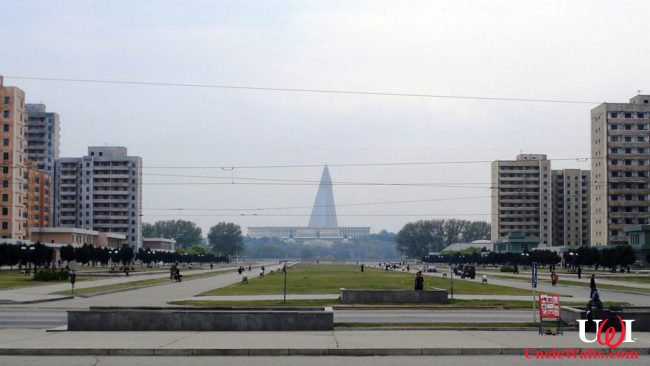 The thaw in international tensions may affect Walt Disney World.

WALT DISNEY WORLD, FL — As people around the world continue to closely watch the drama unfolding on the Korean peninsula, Disney fans may have an additional reason to cheer.

With decades-old tensions relaxing, giving rise to the possibility of reconciliation between North and South Korea, rumors are flying that Epcot may add another country to World Showcase: North Korea! Given the success of Disneyland Pyongyang, it was likely only a matter of time before the partnership between the Walt Disney Company and dictator Kim Jong Un would bear fruit on this side of the globe.

An Imagineer involved in the planning for the park spoke with Uncle Walt’s Insider on the condition of anonymity. [Ed.: We’ve got your back, Alfredas!] Although the new pavilion is not confirmed, if it is built, the following content is being considered:

–
The North Korean pavilion, if built, would be the second country added in recent years, joining 2017’s New Jersey pavilion.

May 7, 2018 by Marty in Florida, World
© 2020 Uncle Walt's Insider. All rights reserved. All images used with permission. Unless otherwise attributed, all images licensed under Creative Commons CC0 license. This site is protected by reCAPTCHA and the Google Privacy Policy and Terms of Service apply.