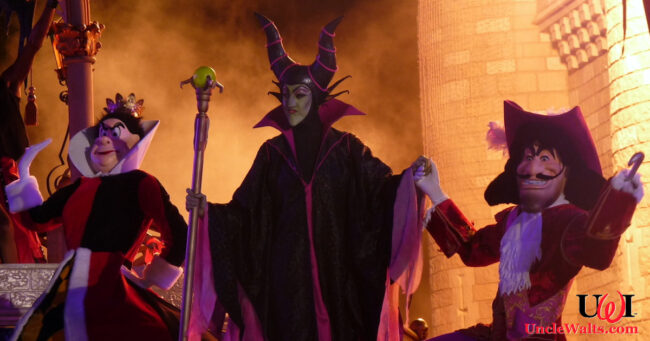 Headless horsemen are not nearly as scary as invisibly virus particles.

WALT DISNEY WORLD, FL — Disney announced yesterday that it was canceling the crowd favorite Mickey’s Not So Scary Halloween Parties (called “MNSSHP” or “Menship” by fans) this year. Instead, they’re ramping up the terror with an all new “Mickey’s VERY Scary No-Mask Halloween Party” (“MSNBC,” pronounced “Rubbish”).

Now it won’t be just Disney villains who are not wearing masks! No one attending the MRCVS will be allowed to wear a mask. Said one anonymous source [Ed.: Hi, Bob!], “Guests today are more sophisticated, and are looking for real scares. Well, we can do that!”

Not actually a change

Actually, our source reports, this is not a change at all.

“All of our past MSNSSNCPHSP’s have allowed costumes, but no masks were allowed. It’s just scarier to do it this way now.

“Still, we want our guests to stay safe. So if we see any viruses around, you can bet we’ll be escorting them out of the park. Even if they bought a ticket!”

Will you be attending without a mask? Let us know in the comments below!

June 19, 2020 by Marty in California, Florida
© 2020 Uncle Walt's Insider. All rights reserved. All images used with permission. Unless otherwise attributed, all images licensed under Creative Commons CC0 license. This site is protected by reCAPTCHA and the Google Privacy Policy and Terms of Service apply.