I lived in the Magic Kingdom 24/7: an Insider exclusive - Uncle Walt's Insider

I lived in the Magic Kingdom 24/7: an Insider exclusive 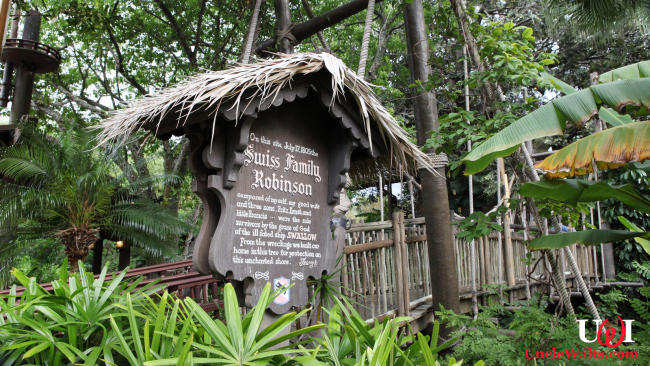 “No, I didn’t have permission.”

WALT DISNEY WORLD, FL — Zeb Olson, a 23-year-old self-described “adventurer” from Somerset, PA, recently accomplished what many dream of but few achieve: for almost a week, he lived inside the Magic Kingdom Park, 24 hours a day.

“Like a lot of Disney fans,” Olson tells Uncle Walt’s Insider, “I’d visit Walt Disney World and think, ‘man, I wish I could live here’ — but it was just, you know, a vague dream. Then they created the Cinderella Castle Suite, and suddenly you had people actually getting to spend the night inside the Magic Kingdom. That just kindled the dream, man. I vowed then to find a way to make it happen.”

Interestingly, it was an article on Uncle Walt’s Insider that showed Olson how to make his dream come true.

“I knew winning a stay in the Cinderella Castle Suite was a long shot, especially with it now booked up for years after it went on AirBnB. But then I read that article on Uncle Walt’s about how hardly anybody visits the Swiss Family Treehouse, and I thought, ‘Boom. That’s a perfect hideout.'”

Olson set up camp in the Treehouse, and on the rare occasion during park hours when he was at his hideout and a Cast Member or lost guest came by, he pretended to be an audio-animatronic character.

“I was only there for a little more than six days,” Olson shares, “I probably could have kept it going forever, but I started pushing the envelope when pretending to be an animatronic. I think they noticed when I yelled, ‘We wants the redhead!'”

Olson plans to publish a detailed, minute-by-minute account of his adventure in a book, excerpts of which will appear here in an exclusive 163-part series beginning in October. Don’t miss it!

Where have you hidden in a Disney park? Let us know in the comments below!

August 18, 2018 by Marty in Florida
© 2020 Uncle Walt's Insider. All rights reserved. All images used with permission. Unless otherwise attributed, all images licensed under Creative Commons CC0 license. This site is protected by reCAPTCHA and the Google Privacy Policy and Terms of Service apply.