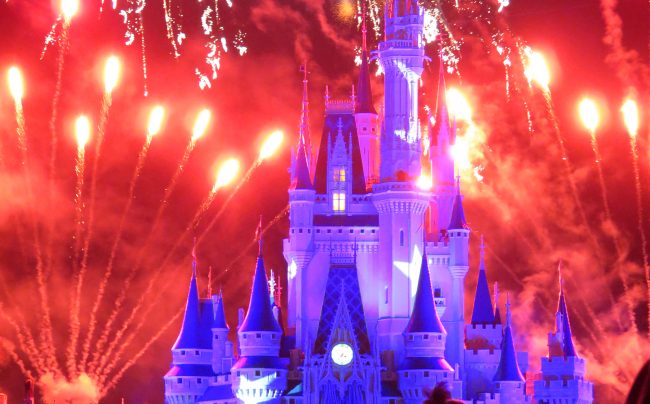 Orlando International Airport security had to intervene on Friday when self-described “Disnerd” Neal Stutz of Golden, Colorado, began shouting at another arriving passenger aboard one of the airport’s automated people movers, after that passenger referred to it as a monorail. “It’s not a monorail!” Stutz tells Uncle Walt’s Insider. “It drives me batty to hear people call it that, when clearly it travels on a double pathway. And don’t even get me started on ‘fun-orail’ or ‘faux-norail’ or anything else like that. Shuttle, tram, people-mover, yes. Monorail, no.” No charges will be filed over the incident.

Dungeon Room to be added to Be Our Guest restaurant

The Magic Kingdom’s Be Our Guest restaurant will undergo construction over the next two months to add additional seating. The popular Beauty and the Beast-themed eatery, built to appear as if it were inside Beast’s castle, often must be booked months in advance. The current three dining rooms — the Grand Ballroom, the Castle Gallery, and the mysterious West Wing — will be joined by another room inspired by the movie’s castle: the Dungeon. This dark room will feature tables arranged in barred cells, and the room will be kept cold and damp. And like Belle, arriving guests must pledge to stay there for the remainder of their lives before the cell’s previous occupants will be “released” back into the park.

Disneyland Park’s City Hall was slammed with complaining guests recently after one member of the park’s beloved barbershop quartet, the Dapper Dans, appeared on Main Street U.S.A. with unmatched socks. “I normally have the green striped costume,” the anonymous baritone later confided, “and I put on green socks at home. But then Thursday I needed to be the blue Dapper Dan, but I didn’t bother to change the socks. I honestly did not think anyone would notice.” Despite repeated cries of “vacations ruined,” most guests were mollified with extra Fastpasses or coupons for free churros.

Customers of online lodging marketplace Airbnb discovered a surprise listing on the service last week — the Cinderella Castle Suite. Often said to be the “holy grail” for Disney fandom, an overnight stay in the luxuriously-appointed suite has never before been offered for sale at any price. The suite, which can sleep up to six and comes with overnight concierge service and breakfast at Cinderella’s Royal Table, was only available previously to contest winners and V.I.P. guests. Airbnb lists the suite at $62 per night.

UPDATE: a Disney news release states that the suite was listed as a prank by a College Program cast member on their last day of employment, and the listing was taken down within 48 hours. During the short time the listing was open, the castle suite was booked for every night through April 2024.

November 19, 2017 by Marty in California, Florida, Other
© 2020 Uncle Walt's Insider. All rights reserved. All images used with permission. Unless otherwise attributed, all images licensed under Creative Commons CC0 license. This site is protected by reCAPTCHA and the Google Privacy Policy and Terms of Service apply.