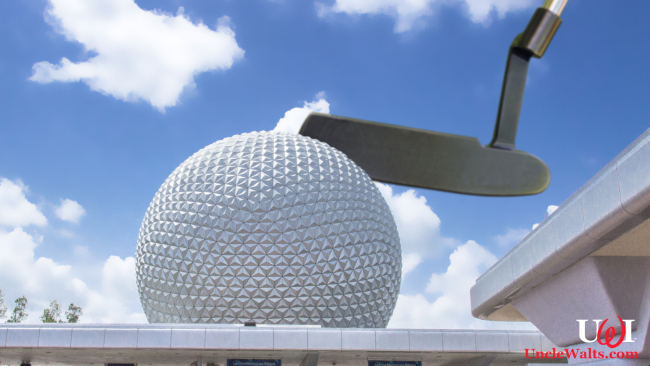 It was a spectacle unrivaled in theme park history. Wonder what happened next?

WALT DISNEY WORLD, FL — For one Florida man, an ordinary day spent drinking at Epcot ended in an extraordinary way — racing for his life out of the park.

Jesse Sanfford, 23, of Haines City, visited the park with several buddies for a day of “drinking around the world.” They started in the Mexico pavilion for tequila, then began working their way around Epcot’s World Showcase, sampling an alcoholic beverage at each new country’s pavilion. They paused only for lunch at the New Jersey Pavilion’s Applebees.

The problems started when they reached the new North Korea Pavilion.

“They only had two drinks available,” says Sanfford. “One was Diet Pepsi, and I’m not about to touch that swill. The other was called something like ‘Dear Leader’s Glorious Cream-Cheese Pretzel Sunrise.’

“My buddies flat-out refused to order it, but I’ll try anything once. I’d had maybe two sips — and it was disgusting — and all of the sudden I saw it — a huge golf club coming out of the clouds, setting up a putt on the big golf-ball thingy.” [Ed.: Spaceship Earth.]

Thousands flee. Or maybe just one.

“There was also a loud voice,” Sanfford continues, “that sounded like Ellen Degeneres doing a Clint Eastwood impression. Or maybe Clint Eastwood doing an Ellen impression. I don’t know, I was pretty wasted by then. Anyway, the voice said, ‘Mind if I play through?’

“I didn’t wait to find out what happened. I went racing for the park exit as fast as I could. It was chaos — everyone was screaming. Well, I was screaming. And the people I bumped into.”

We had further questions, but Mr. Sanfford’s attorney had arrived to post a bond for his public intoxication charge, and advised him to remain silent.

Does that make you want to try a North Korean cocktail? Let us know in the comments below!

Cover photo: A giant putter descends from on high at Epcot. Photo via DepositPhotos. Possibly modified just a bit.

July 3, 2019 by Marty in Florida
© 2020 Uncle Walt's Insider. All rights reserved. All images used with permission. Unless otherwise attributed, all images licensed under Creative Commons CC0 license. This site is protected by reCAPTCHA and the Google Privacy Policy and Terms of Service apply.