Removal of Leave a Legacy stones delayed by cemetery regulations 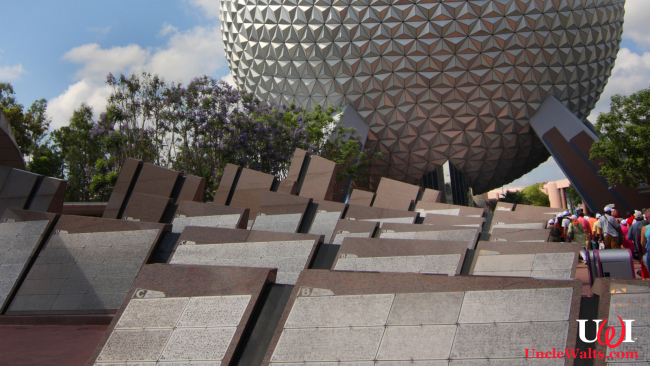 WALT DISNEY WORLD, FL — Renovations to the second-oldest theme park at the Walt Disney World Resort and Spa have run into some difficulties. The so-called “EPCOT Center 2.0” strategy, which features new attractions and a completely re-imagined aesthetic in the walkways, was to have included removal of the pink marble “Leave a Legacy” stones from the entrance courtyard. But that facet of the plans is currently on hold.

“A lot of guests already just assumed they were futuristic looking gravestones anyway, so we quietly started making that option available to some of our more well-off guests. Hey, if they’re going to be dumping remains in our parks anyway, why can’t we make something off of it?”

So it turns out the recently-announced Magical Funerals® weren’t Walt Disney World’s first foray into the after-death market. But storing human remains in a theme park has consequences, surprisingly. Florida law very closely regulates the moving of grave sites.

What to do, what to do

“Yeah, according to the statutes,” Disney (no relation) continues, “there’s a lot of red tape, paperwork in the form of a ‘burial transit permit,’ and we have to have a licensed funeral director involved. But then, we’re Disney. We’ll figure out how to handle it, efficiently and respectfully, of course.”

UPDATE: Uncle Walt’s Insider has learned that the Reedy Creek Improvement District (the Disney-controlled, quasi-governmental entity that oversees the Walt Disney World property) has exempted the Leave a Legacy burial grounds from the requirements of Florida law. Instead, under RCID regulations, remains buried there can be moved to “any other location on or off property” by “a licensed funeral director, an unlicensed funeral director, a character or Cast Member pretending to be a funeral director, or any member of the Walt Disney World custodial staff.” Problem solved!

Are you or someone you love buried there? Let us know in the comments below!

Cover photo: the Leave a Legacy Cemetery at E.P.C.O.T. Photo by Sam Howzit [CC BY 2.0] via Flickr.

December 12, 2018 by Marty in Florida
© 2020 Uncle Walt's Insider. All rights reserved. All images used with permission. Unless otherwise attributed, all images licensed under Creative Commons CC0 license. This site is protected by reCAPTCHA and the Google Privacy Policy and Terms of Service apply.