Hey Walt, what’s the harm with sprinkling a loved one’s ashes in a Disney park?

“Hey Walt, what’s the harm with sprinkling a loved one’s ashes in a Disney park?”

Thanks for asking. People have always wanted to find that perfect, final resting spot for their loved ones. These days with shows on HGTV such as Funeral Makeovers, Cemetery Fixer Upper, the Dream Cemetery Plot Give-Away, and my favorite, Good Bones, it’s no wonder people’s expectations are much higher than they were before.

Back in my day, we would just stick your cremated remains in a wall and slap your name on the outside of it. A simple act to honor the dead. These days people want to be buried with their cars, pets, or face-down above a celebrity.

So with funerals becoming the newest trend, including new Magical Funerals® coming to the Walt Disney World Resort & Spa, everyone is looking to enhance their afterlife.

So what’s the harm?

First of all, Disney is big on theming, and the ashes do not go with the theme of any ride. That includes the Haunted Mansion — its theme is “spooky fun,” not “hey, let’s inhale clouds of carbonized human flesh.”

It’s like taking flash pictures on dark rides, it ruins the ambiance. It takes away from what the Imagineers have worked at for years and years to make happen. Plus, let’s face it, it’s gross. Do you really want to be the next guy to board an attraction, only to find bits of Uncle Karl spilled on the seat?

The other issue is what happens to the ashes after you’ve held your ceremony and dumped off your friend or relative. Many people think that the ashes end up at a landfill, which is bad enough. 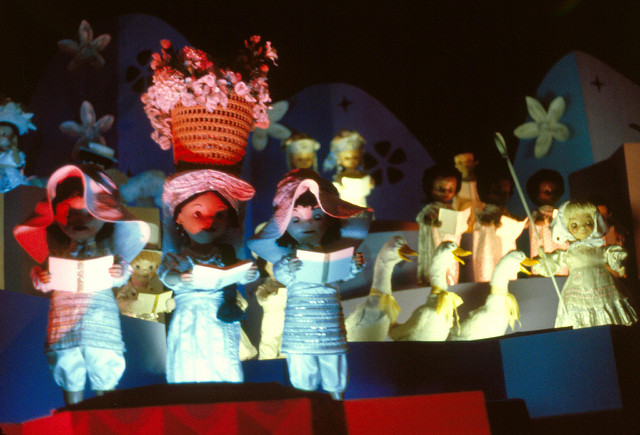 Disney actually has special containers that they put the ashes in, and they place them in special locations throughout it’s a small world. That’s right, your loved one will be forever haunted by that song. And now that you have this knowledge, even worse, if you want to visit them, you have to ride the attraction. It’s a deterrence that Imagineers report has a 77% success rate. I’ve talked to countless number of guests [Ed.: It was 2.] who said that fact alone will prevent them from using the park as their own personal cemetery.

Look, we all love the parks, resorts, and spas that Disney has created, but let’s leave them for the living.

Which celebrity do you want to be buried above or below? Let us know in the comments below!

November 14, 2018 by Walt in WWWD
© 2020 Uncle Walt's Insider. All rights reserved. All images used with permission. Unless otherwise attributed, all images licensed under Creative Commons CC0 license. This site is protected by reCAPTCHA and the Google Privacy Policy and Terms of Service apply.