Dreamfinder and Figment in quarantine due to Covid-19 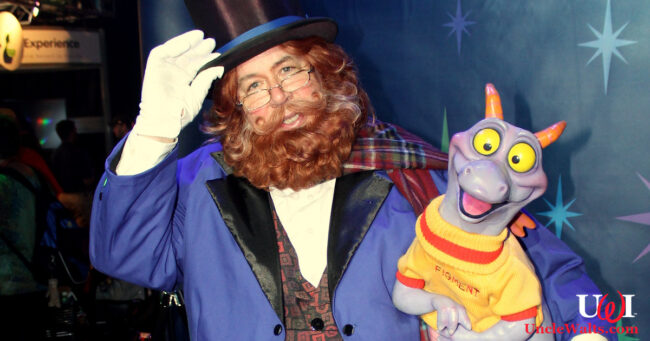 They’re normally inseparable, so we imagine (get it?) quarantine together won’t be too difficult.

EPCOT, FL — As the parks prepare to re-open, Disney has started to share what attractions, restaurants, and characters will be available. But notably missing from this list is Dreamfinder and Figment!

Uncle Walt’s Insider reached out to our favorite Disney (the company) spokesperson Jun Disney (no relation) for details.

“Sadly, yes, Dreamfinder and Figment will not be available. While HIPPA prevents us from discussing the details, I’ll tell you guys as long as it’s not reported in one of your amazing articles. You guys really are the best. Get it together, Jun…

“All Cast Members are being checked daily for symptoms of the Covid-19. And this includes our beloved characters. We’re even testing Walt’s frozen head [Ed.: Walt Disney, not UWI’s Uncle Walt.] to ensure guest and Cast Member safety. So far Walt’s head has shown no signs of a fever.

We didn’t realize imaginary purple dragons could get infected

“Anyway, during this process,” Disney (no relation) continued, “we found that Dreamfinder and Figment both had elevated temperatures. So out of an abundance of caution, we sent them for additional testing. Their tests came back positive for Covid-19, so we had to pull them from the lineup. Just like Joe Rohde’s Earring.

“Like I said, don’t publish this, we’re going to use the changes to the attraction as an excuse instead. Fans will be way less upset that way.”

We’re totally worried about Walt’s frozen head getting the Covid-19. Are you? Let us know in the comments below!

Cover photo: Dreamfinder and Figment infected? No surprise — they aren’t ever socially distanced from each other! Photo by Loren Javier [CC BY-NC-ND 2.0] via Flickr.

July 17, 2020 by Walt in Florida
© 2020 Uncle Walt's Insider. All rights reserved. All images used with permission. Unless otherwise attributed, all images licensed under Creative Commons CC0 license. This site is protected by reCAPTCHA and the Google Privacy Policy and Terms of Service apply.