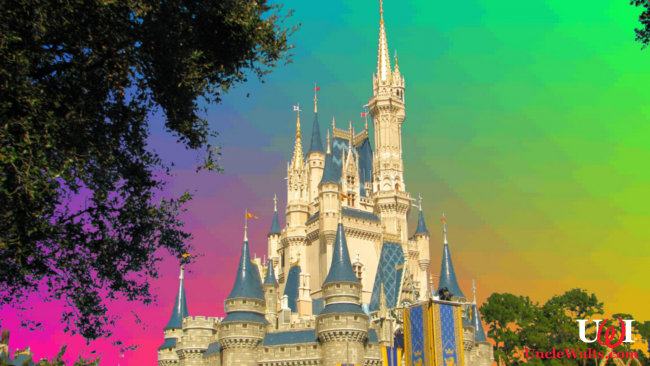 WALT DISNEY WORLD, FL — There are scores of eager Disney fans who watch government offices for permit filings and patent applications, hoping to discover the “next big thing” Disney does before any official announcement — as they did with the new Skyliner gondola system last year. Those fans may have just uncovered another amazing technology coming to the Walt Disney World Resort: changeable sky colors!

As Uncle Walt’s Insider’s regular readers [Ed.: all four of you] know, the transparent dome over Walt Disney World was recently removed for maintenance. It turns out that routine maintenance may have only been a cover for the big story: Disney was allegedly adding a proprietary technology that will allow them to add colors to the dome, effectively letting them “paint the sky” different colors!

No official announcement has been made, and only a single image of concept art (above) has been uncovered, so we can’t yet report this rumor yet as certain. Rest assured, though, that our intrepid reporters will stay on top of this story and bring you every new detail, until they get distracted and start working on something else.

Do you think this will happen? And if so, can we advertise on the dome? Comment below!

July 30, 2018 by Marty in Florida
© 2020 Uncle Walt's Insider. All rights reserved. All images used with permission. Unless otherwise attributed, all images licensed under Creative Commons CC0 license. This site is protected by reCAPTCHA and the Google Privacy Policy and Terms of Service apply.