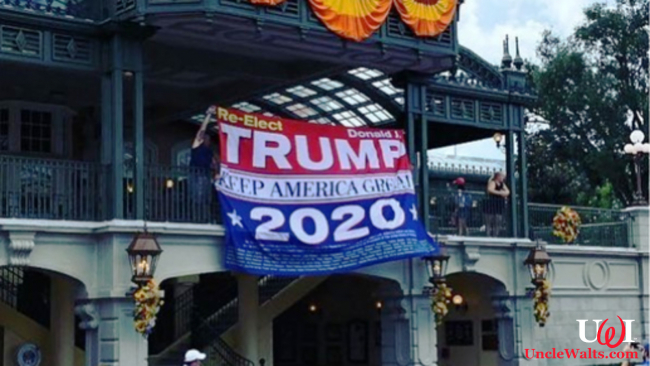 WALT DISNEY WORLD, FL — Since the earliest days of Disneyland, Disney theme parks have sought corporate sponsors for many locations and attractions, but politics were off-limits. But, as with the prohibitions against alcohol and Cast Member piercings, the restriction against political ads is going away.

“Disney Parks and Resorts and Spas is [are?] always looking for ways to make the guest experience better while generating revenue,” Disney (no relation) says. “We’d always tried to keep politics out, because guests visit our parks and spas to escape the outside world. But then Trump offered us a lot of money.”

For now, at least, the ads will only be in the US parks (Florida, California, and Michigan). Disney plans to keep the political messaging even.

“We’re still working with the Democrats on their ad. The more socialist among them want to sponsor Fantasyland, while those in Congress are strongly inclined towards Storybook Circus.”

Is this a natural result of allowing alcohol? Let us know in the comments below!

Cover photo of Disney’s new political advertising in their theme parks by shelbypickitt via Instagram.

September 25, 2018 by Marty in California, Florida, World
© 2020 Uncle Walt's Insider. All rights reserved. All images used with permission. Unless otherwise attributed, all images licensed under Creative Commons CC0 license. This site is protected by reCAPTCHA and the Google Privacy Policy and Terms of Service apply.