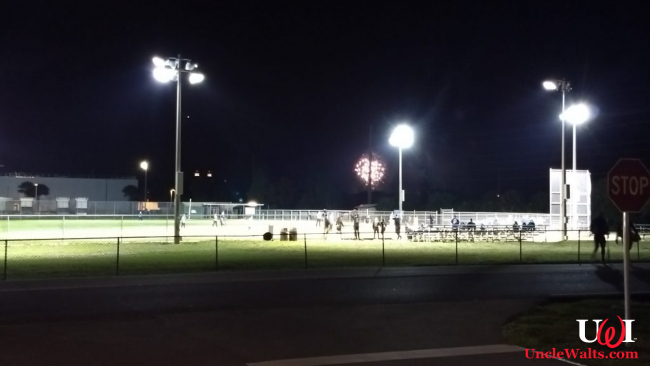 They also get free clothing and a role to play!

WALT DISNEY WORLD, FL — In last week’s article about the Cast Member Softball Tournament now underway at the Walt Disney World Resort and Spa, we reported that Cast Members were playing as if their very jobs were on the line. Because they are.

However, we failed to report about the reward awaiting the winning team members. And we have to admit, the first-place prize makes the risk of unemployment totally worthwhile:

But that’s not all the winners receive: “We’ll also provide each an every winning team member with free, colorful clothing to wear. Sure, it’s polyester, and usually pretty ugly. But there’s still more: when you put on that magical clothing, we’ll give you a fun and exciting role to play, making magic for other people!”

Disney (no relation) continues, “It’s another great thing for Disney. We let the Cast Members think we support their having a life and recreation outside of their jobs. We get rid of the weaker ones. And we reward the winners with something they get anyway. Win-win! Win.”

CORRECTION: In the previous article, Uncle Walt’s Insider erroneously reported that the Cast Member softball field included “vendors hawking churros.” That is, in fact, incorrect; writer Marty had several uneaten churros in his shirt pocket, and mistook the smell for the ongoing presence of churros at the field. We apologize to any Cast Members who were distracted from their game wondering where the churros have been.

Cover photo: Fireworks explode in celebration of Cast Members getting into Walt Disney World for free. Photo by X.

November 19, 2018 by Marty in Florida
© 2020 Uncle Walt's Insider. All rights reserved. All images used with permission. Unless otherwise attributed, all images licensed under Creative Commons CC0 license. This site is protected by reCAPTCHA and the Google Privacy Policy and Terms of Service apply.