NO taping dates! Disney Christmas Parade to be live-streamed 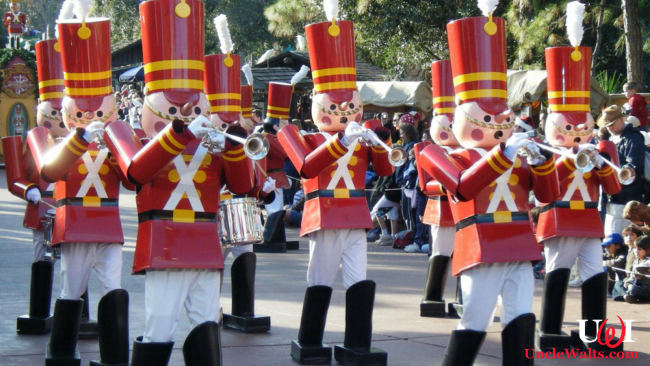 “Slick production values and days of preparation are so 1990’s.”

BURBANK, CA — Every year, Disney fans on both coasts eagerly await the announcement of taping dates for the Disney Christmas Parade. Those are the days when guests vie to be one of the lucky thousands of crowd members for the Disney Christmas Day TV special. If they plan things right, they’ll get to stand for endless hours in the sun for the privilege of maybe being a semi-identifiable blur in the background.

But those days may be over. The Walt Disney Company announced today that this year’s Christmas Parade will not be filmed in advance on either coast, but instead will be streamed live to ABC.

“We usually have multiple cameras at each park, do multiple takes from multiple angles, and have cutaway segments to different stages for ‘live performances.’ But slick production values and days of preparation are so 1990’s.”

The live productions will be much simpler, Disney (no relation) says. “Now we’ll have two, maybe three interns will their smartphones, live-streaming video. In portrait mode, of course. We’ll have the ability to switch between them, but that’ll be it.”

Disney (no relation) is excited about the change. “It’ll have all the fun of a Disney Christmas parade as if you are there, because you will be, remotely! And those interns better keep up, too, because we still plan to have all the various artists interrupt the parade to perform, as well as parade hosts in several locations. They’ll be scrambling, for sure!”

So this will happen live on Christmas Day, December 25, we asked? “Yes, absolutely,” Disney (no relation) replied. “We’re hoping that broadcasting the parade live will solve our Christmas attendance problem. Why, last year on Christmas Day, there was hardly anyone at our parks!”

Are you as excited about watching shaky, portrait-mode parade video as we are? Comment below!

September 15, 2018 by Marty in California, Florida
© 2020 Uncle Walt's Insider. All rights reserved. All images used with permission. Unless otherwise attributed, all images licensed under Creative Commons CC0 license. This site is protected by reCAPTCHA and the Google Privacy Policy and Terms of Service apply.