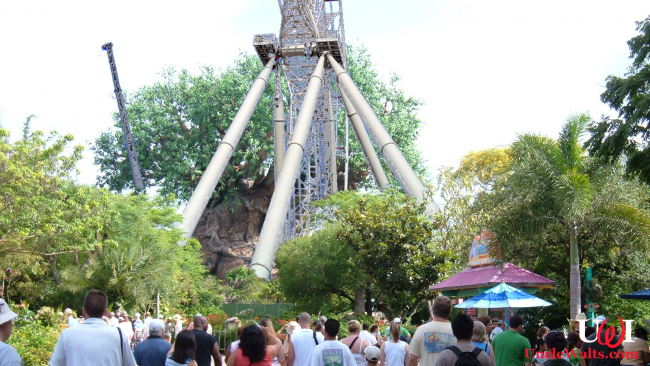 When completed, the new “Wheel of Life” will be the second-tallest in Central Florida.

WALT DISNEY WORLD, FL — Disney’s Animal Kingdom Theme Park and Spa continues to expand. And now the Tree of Life will be complemented by a large Ferris wheel, to open in the Spring of next year!

“We are tremendously excited about this new addition to the park,” says Disney (the company) spokesperson Jun Disney (no relation). “The hat is coming down again, and the new ‘Wheel of Life’ construction is already underway!”

Keeping up with the other parks

“We needed something new at Animal Kingdom, what with Star Wars: Galaxy’s Edge coming to Hollywood Studios, and the new hot air balloon festival at the Magic Kingdom. [Ed.: This interview was conducted before that festival’s tragedy on Tuesday.] And we all know everyone loves Ferris wheels!”

The only disappointment is the size.

“We really wanted it to be the biggest in the world, but engineering considerations and FAA regulations made us scale it back. But it will be the second biggest! In the Orlando area, that is.”

Some have questioned the appropriateness of a giant Ferris wheel at the Animal Kingdom, given the park’s emphasis on nature and the environment.

“No worries there,” says Disney (no relation). “We’re going to paint it green!”

What other giant rides could go in Animal Kingdom? Let us know in the comments below!

June 20, 2019 by Marty in Florida
© 2020 Uncle Walt's Insider. All rights reserved. All images used with permission. Unless otherwise attributed, all images licensed under Creative Commons CC0 license. This site is protected by reCAPTCHA and the Google Privacy Policy and Terms of Service apply.