The hat returns, this time at Animal Kingdom! 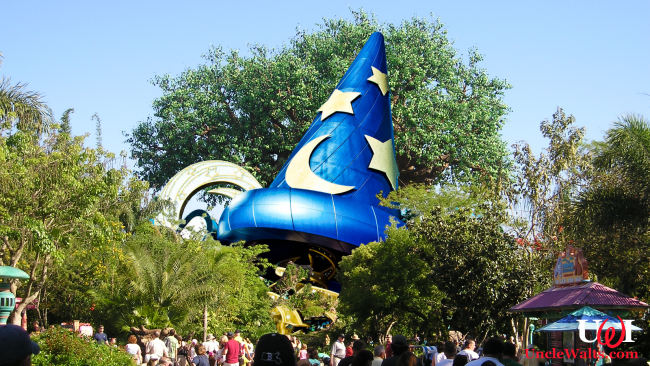 Although criticized by many during its time at the Studios for covering up the iconic replica of Grauman’s Chinese Theater, home of the Great Chinese Movie Ride, Imagineers were extremely careful in selecting the hat’s new location.

“Instead of just throwing the hat someplace it didn’t belong, like a replica of Hollywood,” Disney spokesperson Jun Disney (no relation) told Uncle Walt’s Insider, “we made sure it this time that it would be appropriate to the surroundings and did not block the view of anything important.

“So it’s now at Animal Kingdom — people wear hats all the time at zoos, so it’s super appropriate. And we positioned it in front of a tree, so no one can complain that it’s blocking anything worth looking at.”

Disney (no relation) is excited about the return of the hat. “So many, many people complained when we took it from the Studios. They’ll be happy to know we plan for it to stay at Animal Kingdom for a long, long time!”

Do you wear a hat when visiting a zoo? Let us know in the comments below!

May 22, 2018 by Marty in Florida
© 2020 Uncle Walt's Insider. All rights reserved. All images used with permission. Unless otherwise attributed, all images licensed under Creative Commons CC0 license. This site is protected by reCAPTCHA and the Google Privacy Policy and Terms of Service apply.