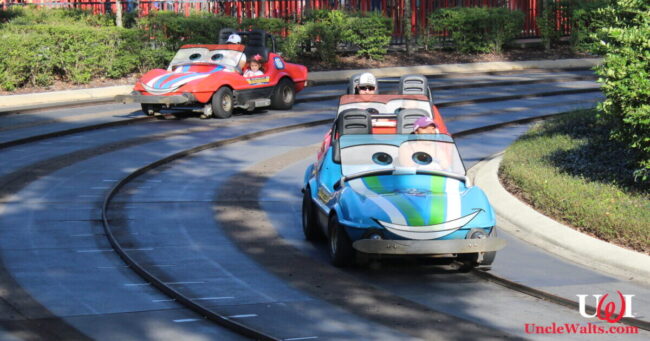 Could you program in a different destination?

GLENDALE, CA — Are the cars in Disneyland’s Autopia and the Magic Kingdom’s Tomorrowland Speedway being replaced with self-driving Teslas? That what some are saying, including our own headline.

An anonymous Disney insider who recently left the company [Ed.: Hi, Joe!] has leaked a document detailing a new relationship between Elon Musk’s Tesla and Disney. The document provides for attraction sponsorship by Tesla, a sponsorship that will bring self-driving, all-electric cars to Disneyland’s Autopia and the Magic Kingdom’s Tomorrowland Speedway.

Would we make stuff up?

There has been no official statement by Disney, not even one we made up. But the document states that Disney agrees to remove all gasoline-powered cars from the two classic attractions by 2022, to replace them with miniature Tesla vehicles that resemble their real life counterparts, including the Tesla Cybertruck, Tesla Roadster, and the Tesla Semi.

The document also mentions options to sponsor Test Track at Walt Disney World’s EPCOT theme park, a clause which might be there just to try to get a better contract with General Motors, the current sponsor. It could also mean that Disney is looking to end their relationship with GM and replace their fleet of Disney vehicles with Tesla. This could include bringing back Minnie Van service in the near future, utilizing a self-driving car to allow Disney to transport guests without paying a Cast Member to drive them around.

This is Disney’s first try at using Tesla’s self-driving technology since the short-lived, disastrous introduction of self-driving Electric Convenience Vehicles (ECV’s) in 2018.

Will you let a self-driving car take you around the Autopia/Tomorrowland Speedway track? Let us know in the comments below!

Cover photo: Yes, this is a recycled cover photo from this article, because the graphics guy has a day job and didn’t want to spend hours photoshopping miniature Teslas. Sue me. Photo by Theme Park Tourist [CC BY 2.0] via Wikimedia Commons, modified.

April 17, 2021 by Walt in California, Florida
© 2020 Uncle Walt's Insider. All rights reserved. All images used with permission. Unless otherwise attributed, all images licensed under Creative Commons CC0 license. This site is protected by reCAPTCHA and the Google Privacy Policy and Terms of Service apply.