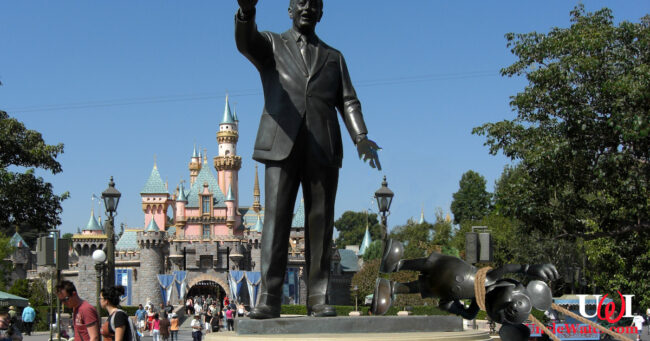 Come along with Marty as he visits Walt’s original Magic Kingdom!

UNCLE WALT’S INSIDER H.Q., SVALBARD — I’m so excited! Our boss is normally pretty tight on money, but after we grumbled about his visiting Walt Disney World recently, he’s opening up the purse strings! He said that if I can get myself from Svalbard to Anaheim, he’ll pay for any available Disneyland admission pass, up to five days!!

Also, I get to write in the first person!

It’s a grueling 24-hour series of flights from Longyearbyen to Oslo to Amsterdam to Atlanta to LAX. And then for some reason I can’t find an Uber in California. But all the pain of travel is worth it! Disneyland tomorrow!

Apparently Disneyland is closed for some reason? Huh, bummer — and I really wanted to meet Colin Kaepernick. Our Uncle Walt must not have known. Oh well, it’s the thought that counts!

I hope you enjoyed this magical trip report!

Do you think that maybe Uncle Walt knew? Let us know in the comments below!

August 19, 2020 by Marty in California, World
© 2020 Uncle Walt's Insider. All rights reserved. All images used with permission. Unless otherwise attributed, all images licensed under Creative Commons CC0 license. This site is protected by reCAPTCHA and the Google Privacy Policy and Terms of Service apply.