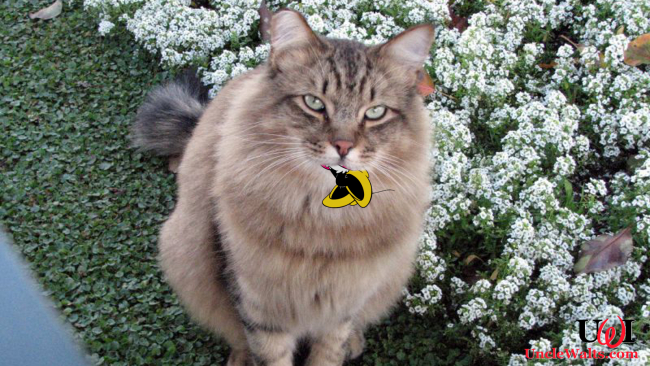 ANAHEIM, CA — Fans of Walt Disney’s original Magic Kingdom know that the park plays host to dozens of feral cats. The cats are not only tolerated, but fed and cared for, as they help keep the park free from rodents.

Apparently, though, they were not told that some rodents were off-limits.

The cat involved, Lucifer, is a long-time resident of Disneyland park, and a favorite of Cast Members. He was even featured here on Uncle Walt’s Insider recently after being named as a Disneyland Ambassador.

“We really can’t fault him,” says a tearful Disney (the company) spokesperson Jun Disney (no relation). “The feral cats are there to keep the rodent population down, so he was just doing his job. But Minnie… why’d it have to be Minnie?”

No longer an Ambassador

Lucifer is said to be on “permanent hiatus” from his role as a Disneyland Ambassador.

“Yeah, obviously he’s not going to be representing the park any more,” sniffed Disney (no relation). “We’re thinking he’ll be quietly retired off-property. Maybe to wherever they’re keeping that tiger that mauled Siegfried & Roy.”

In lieu of flowers, the family requests that you just visit Disneyland and spend lots of money so it will end up in Mickey’s bank account eventually.

Do you think Minnie will get to have a Magical Funeral®? Comment below!

March 19, 2019 by Marty in California
© 2020 Uncle Walt's Insider. All rights reserved. All images used with permission. Unless otherwise attributed, all images licensed under Creative Commons CC0 license. This site is protected by reCAPTCHA and the Google Privacy Policy and Terms of Service apply.