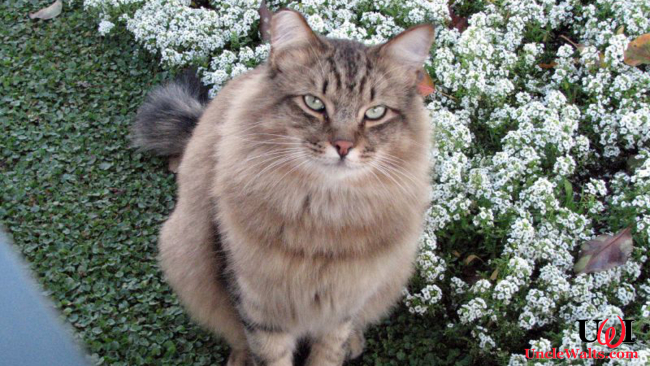 ANAHEIM, CA — He’s one of the fortunate few that actually gets to live at the Disneyland Park. And now he’s been named as a Disneyland Ambassador, and will spend the next year as an “Emisssary of Goodwill” and official host of the popular park.

He’s also a cat. Lucifer, the newly appointed Disneyland Ambassador, is one of the many feral felines who call the park their home.

“I think Lucifer will make a great Ambassador, and is a truly worthy successor to me,” Trujillo says. “Sure, he can be kind of stand-offish at times. But what he lacks in people skills, he more than makes up in his rat-catching abilities. I never once made my daily rodent control quota as Ambassador.”

Lucifer is the first feral cat to be named a Disneyland Ambassador, but one of his fellow park residents, Ella, was named a Disney Legend earlier this year.

Are there any other animals that would make good ambassadors? Comment below!

October 13, 2018 by Marty in California
© 2020 Uncle Walt's Insider. All rights reserved. All images used with permission. Unless otherwise attributed, all images licensed under Creative Commons CC0 license. This site is protected by reCAPTCHA and the Google Privacy Policy and Terms of Service apply.