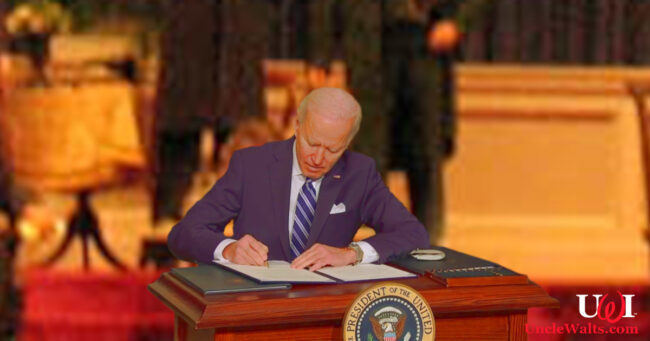 Even malfunctioning, it’s still more coherent than the real thing.

“We know that there have been a flurry of executive orders being signed by Biden,” said our source, who wishes to remain anonymous. Disney (no relation) continued, “And we have a Biden animatronic in the Hall of Presidents, and a resort in California that’s been shut down for almost a year.”

Maybe Knotts will pay Disney to get a similar order

“So we print up an document ordering Disneyland to reopen,” Disney (no relation) continued, “have the animatronic sign it, and we take pictures. Then we have our White House insiders slip the order into the stack of the other 379 [Ed.: And counting!] real executive orders. And just like that, Disneyland can reopen!”

Details are still pending, but Disney (no relation) suggests that Disneyland will reopen to the public on Monday, after a private event on Sunday just for annual passholders. Oh, wait.

February 10, 2021 by Marty in California, Florida
© 2020 Uncle Walt's Insider. All rights reserved. All images used with permission. Unless otherwise attributed, all images licensed under Creative Commons CC0 license. This site is protected by reCAPTCHA and the Google Privacy Policy and Terms of Service apply.