Disney to add third park between Disneyland and California Adventure 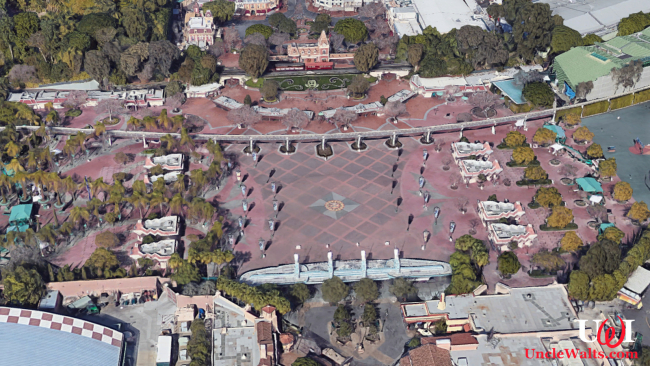 The as-yet-unthemed park will be sandwiched in the plaza between the two current parks.

ANAHEIM, CA — As Uncle Walt’s Insider mentioned yesterday in a brief article intended to lighten our workload on a holiday weekend, Disneyland was considering adding a third park to the Disneyland Resort. And now we can confirm that it is a legitimate rumor! In an effort to stay competitive in the Southern California theme park industry, executives at Disneyland Resort announced this morning that they will be adding a third theme park to the resort!

“Sure, some folks don’t think we can fit another theme park in that space,” said Disney (the company) spokesperson Jun Disney (no relation). “But remember, people scoffed two decades ago when we announced a second gate at Disneyland. And we showed them — where they saw ample, close-in parking spaces, we saw opportunity. Because of that vision, we have the unqualified success of the California Adventure Park! And parking garages.”

The new park, for which the theme and name have not yet been announced, will be sandwiched in the plaza between the entrances of Disneyland Park and California Adventure. The plaza is roughly rectangular, and measures approximately 540 by 275 feet.

Walt (theirs, not ours) continues to inspire

Disney (no relation) adds, “Hey, remember what Walt Disney said about Disneyland: ‘This would be a great place if we could only get rid of all these people.’ No, wait, not that quote. He said, ‘It’s kind of fun to do the impossible.’ So when a custodial staff member submitted the idea of a third gate between the existing parks, Disney Imagineering took one look and said flat-out, ‘That’s impossible.’ And they got right to work on it!”

[Note: as soon as the third park opens, submit an idea for a fourth park to be built in the Disneyland parking garage.]

What do you think? Let us know in the comments below

September 4, 2018 by Marty in California
© 2020 Uncle Walt's Insider. All rights reserved. All images used with permission. Unless otherwise attributed, all images licensed under Creative Commons CC0 license. This site is protected by reCAPTCHA and the Google Privacy Policy and Terms of Service apply.