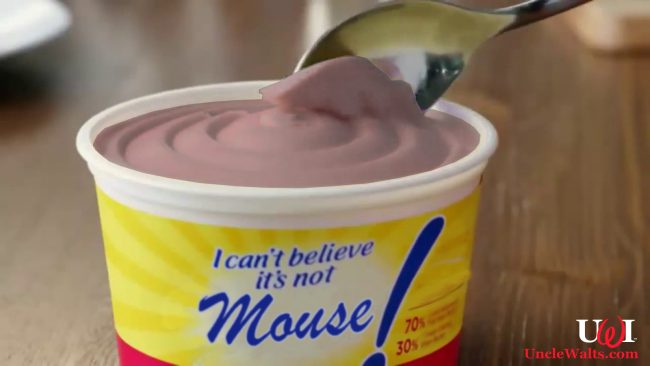 They finally found a suitable substitute.

DISNEYLAND, CA — It’s well-known to those with the proper sources that Disneyland uses mouse meat in their restaurants. They’ve just been quiet about it for years, not wanting to upset younger fans of Mickey & Minnie.

Now a Disney insider tells Uncle Walt’s, um, Insider that the mouse meat is going away.

“Disney is trying to stay ahead of the animal activists,” says our anonymous source, a food service worker at Disneyland, “even though no one really likes mice.”

Our anonymous source goes on to say, “They have a new product they’re using instead. I don’t know what’s in it, but it tastes just like mouse!”

With the change, the only remaining Disney establishment serving actual mouse is Victoria & Albert’s at Walt Disney World’s Grand Floridian Resort & Spa & Snooty Upper-Crust Hotel, due to their partnership with Taco Bell.

Will you miss the taste of mouse at Disneyland? Let us know in the comments below!

August 19, 2019 by Marty in California, Florida
© 2020 Uncle Walt's Insider. All rights reserved. All images used with permission. Unless otherwise attributed, all images licensed under Creative Commons CC0 license. This site is protected by reCAPTCHA and the Google Privacy Policy and Terms of Service apply.