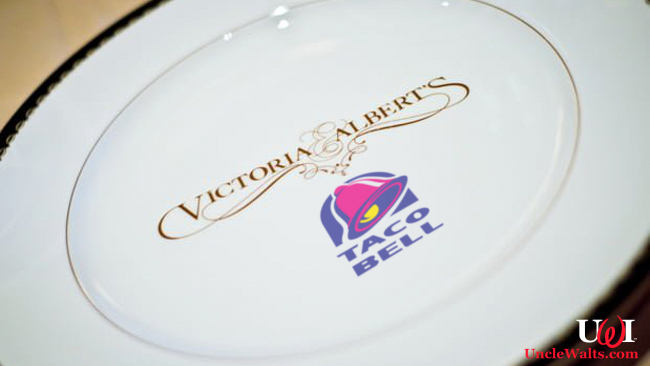 The new partnership between Disney and Taco Bell will bring some menu changes.

WALT DISNEY WORLD, FL — The Disney Company has partnered with other companies in its parks since the earliest days of Disneyland. Some of those pairings were obvious fits for a family park, such as the lingerie store on Main Street operated by the Hollywood-Maxwell Brassiere Co. of Los Angeles. Others, such as the Philip Morris sponsorship of park smoking areas, were less well received.

A new partnership has just been announced, and this one is bound to be popular. This deal will link Disney’s only Five-star restaurant with the world’s eleventh-largest fast food chain. That’s right — Victoria & Albert’s at the Grand Floridian Resort and Spa and Spa will now be sponsored by Taco Bell!

So many positive changes

“Sure, Victoria & Albert’s is kind of nice, if you like snooty, expensive places. I hear the food is okay, too — I’ve never been able to afford it, even with a Cast Member discount. But I have looked at their menu, and would you believe it? Not a single chalupa in sight. That’s just wrong.

“So look forward to an array of tasty, almost-TexMex offerings on the updated V & A menu, along with four flavors of Mountain Dew in 48-ounce plastic cups, and of course the famous Taco Bell value menu! Who wouldn’t want to pair Maine Lobster with a side of Fiesta Potatoes, or enjoy the Elk Tenderloin alongside a plate of Nachos Bell Grande?”

It’s possible that not everyone sees this sponsorship in a positive light. For example, one source tells us that over 95 percent of upcoming reservations for the Chef’s Table, where you can see your food prepared, have been canceled.

Uncle Walt’s Insider will keep you posted as this story develops, but now we’re making a run for the border.

Yo quiero une boteille de Châteaunneuf du Pape Blanc! How about you? Comment below!

June 14, 2019 by Marty in Florida
© 2020 Uncle Walt's Insider. All rights reserved. All images used with permission. Unless otherwise attributed, all images licensed under Creative Commons CC0 license. This site is protected by reCAPTCHA and the Google Privacy Policy and Terms of Service apply.