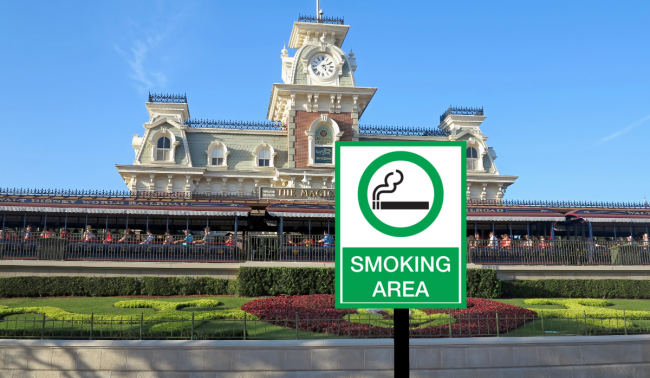 In a surprising move, Walt Disney Parks and Resorts and tobacco giant Philip Morris have announced a new partnership. Soon all Disney parks in the United States will feature re-themed and re-imagined smoking areas. These all new areas will also be getting a new name: “Light Up Your Life – Fueled by Philip Morris.” The areas will feature logos from Philip Morris’ most popular brands, all new seating, and special ashtrays featuring lighters and cup holders.

In an exclusive interview with Uncle Walt’s Insider, Disney spokesperson Jun Disney (no relation), had this to say, “Our guests come from all ages, so we are proud to announce this new partnership. Many of the top complaints we receive at guest relations are smoking-related. Our guests who choose to smoke feel that the smoking areas are like the ‘cone of shame’ instead of an elegant smoking lounge. With this new partnership, we aim to change that. We also feel that this honors our beloved founder, Walt Disney, who was known for smoking.” 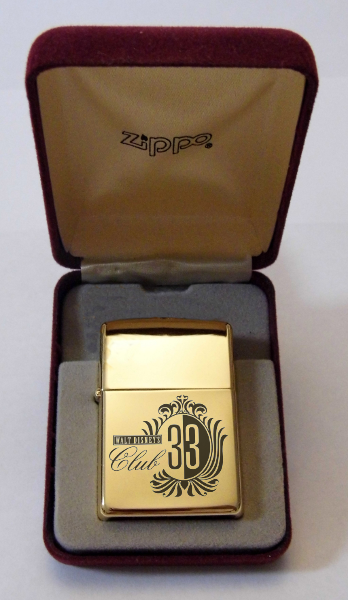 Guests visiting all of the parks will also be able to get pictures and autographs from the most popular Philip Morris icon, the Marlboro Man. The Marlboro Man will be making scheduled appearances at all of the themed smoking areas. As part of the PhotoPass magic, you’ll be able to stand along side the Marlboro Man in his most iconic pose, leaning against a fence as you light up. Ladies will be especially excited as the Marlboro Man leans in with special signature matches to offer a light.

On the west coast, Disneyland will offer a special Club 33 smoking lounge. This lounge will feature complimentary use of smoking jackets, elegant seating, and of course, alcohol. Special Club 33 smoking merchandise will be available for purchase, including crystal ashtrays, Club 33 themed Zippo lighters, and all new Club 33 cigarette cases.

These special areas and PhotoPass magic will be restricted to those 18 years or older. Cast Members will be stationed at each smoking area to enforce this restriction and to keep an eye on the new vending machines. The Walt Disney Smoking Lounge at Club 33 is restricted to those members and their guests. Theme park admission is required.

October 11, 2017 by Walt in California, Florida
© 2020 Uncle Walt's Insider. All rights reserved. All images used with permission. Unless otherwise attributed, all images licensed under Creative Commons CC0 license. This site is protected by reCAPTCHA and the Google Privacy Policy and Terms of Service apply.