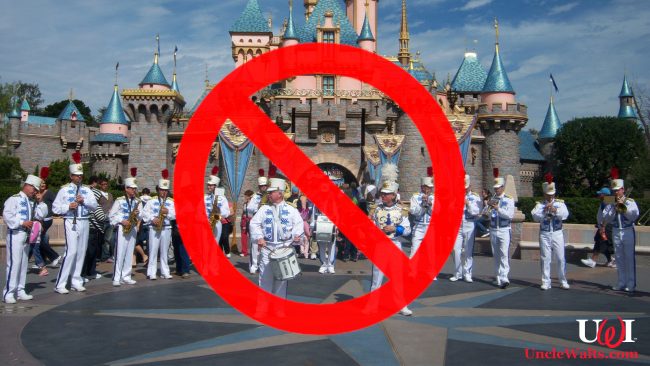 Not a surprise. No one’s gone there for weeks.

ANAHEIM, CA — The news that we all feared has come. Contrary to the ramblings of those know-nothing “(Step)Moms” yesterday, officials at the Disney Company announced today that the Disneyland Resort will remain closed permanently.

Although the reason has not been announced, we suspect the closure is because the park has become extremely unpopular. No official numbers are available, but some sources are report that NO ONE has visited Disneyland for almost two months!

Having started (and closed) several business ventures ourselves, we can tell you that it’s very difficult to stay in business without any income. [Ed.: Then how do you explain the continued existence of this website?] [Marty: Shut up.]

Is there another reason?

One unauthorized Twitter account claims the shutdown of Disneyland has another reason. The message states that Disneyland will remain closed because it “no longer belongs.”

The tweets reminds us that Disneyland was dedicated to “the ideals, the dreams and the hard facts that created America.” And apparently those ideals, dreams and hard facts have been suspended indefinitely in the state of “Kalifornia.”

Probably wise not to say that

Disney co-CEO Bob “Robert” Chapek quickly put out a release saying Disneyland will continue to remain shutdown forever. This will provide a “certain future for (their) Cast Members” and “the tremendous opportunity to join the bread lines with all of the other out of work Kalifornians.”

Upon witnessing the arrest, and immediate execution, of Elon Musk after he threatened to move Tesla to another state, Chapek also quickly dispelled any rumors that they may attempt to flee to another state in search of freedom, stating that their official position is whatever Emperor Newsom says it should be.

‘Everything that has transpired has done so according to my design.” – Emperor Gavin Newsom (we think)

Cover photo: The land will be converted back to orange groves, we’re guessing. Photo [CC0] via Pxhere.

May 19, 2020 by Walt in California
© 2020 Uncle Walt's Insider. All rights reserved. All images used with permission. Unless otherwise attributed, all images licensed under Creative Commons CC0 license. This site is protected by reCAPTCHA and the Google Privacy Policy and Terms of Service apply.