Unopened Russian theme park most visited in the world – News Brief for Jan. 7 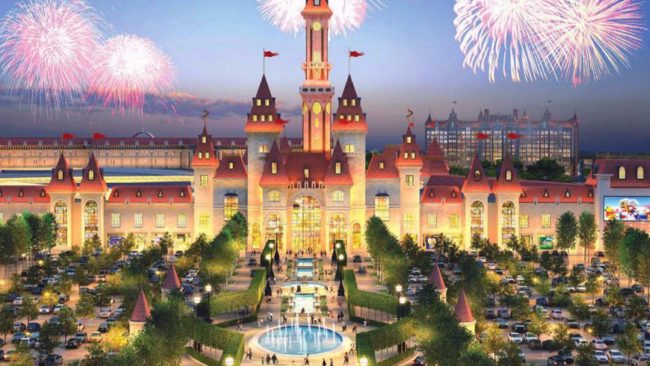 Most guests at Disney’s Animal Kingdom Theme Park have been dazzled by the park’s new Pandora – The World of Avatar area, and particularly its two blockbuster attractions, Avatar: Flight of Passage and Na’vi River Journey — but not Tyler Roth. Roth, a 16-year-old high school student from Round Rock, Texas, is a “huge fan” of Avatar: The Last Airbender (“the TV series and comic books, not the movie,” he says). Roth had been excited to visit the new area, but under the assumption that it was themed to his favorite show and not the unrelated but similarly named Avatar movie directed by James Cameron.

Families at Epcot’s The Seas with Nemo and Friends pavilion were surprised Saturday to find Turtle Talk with Crush was no longer showing, replaced instead with a similar experience involving Star Wars’ Jar Jar Binks. “It’s a temporary change,” Imagineer Carly Aldenkamp explains. “This will eventually be a headline attraction over in the new Star Wars: Galaxy’s Edge land at the Studios, but we wanted to give it a test run first. We didn’t think anyone would mind doing it here at The Seas, since kids and parents alike love Jar Jar. And Gungans are aquatic creatures, so it is a natural fit.” No timeline has been released for Crush’s return.

Universal Studios Hollywood has announced that its Minion-themed play zone “Super Silly Fun Land” has closed for “repair and retheming.” According to a press release, a significant number of visitors had complained that while the land was “fun” and “silly,” it was not actually “super silly.” The new, sillier version of the land is scheduled to reopen in May.

Unopened Russian theme park most visited in the world

The latest list of theme park attendance worldwide has just been released, and there is a surprise upset at the top of the list — Walt Disney World’s Magic Kingdom Park is no longer the number one theme park in the world. After decades atop the list, Mickey Mouse’s Florida home has been pushed to second place, with Russia’s new Ostrov Mechty (Island of Dreams) in the lead with over 33.6 million visitors in 2017. In a release by news agency TASS, Russian President Vladimir Putin states, “Of course we are in the lead, showing Sovi… er, Russian superiority over Americans in all aspects of life.” Some skeptics dispute the ranking, however, noting that (a) the attendance numbers are self-reported, and (b) the park is still under construction and will not open until later this year.

January 7, 2018 by Marty in California, Florida, World
© 2020 Uncle Walt's Insider. All rights reserved. All images used with permission. Unless otherwise attributed, all images licensed under Creative Commons CC0 license. This site is protected by reCAPTCHA and the Google Privacy Policy and Terms of Service apply.