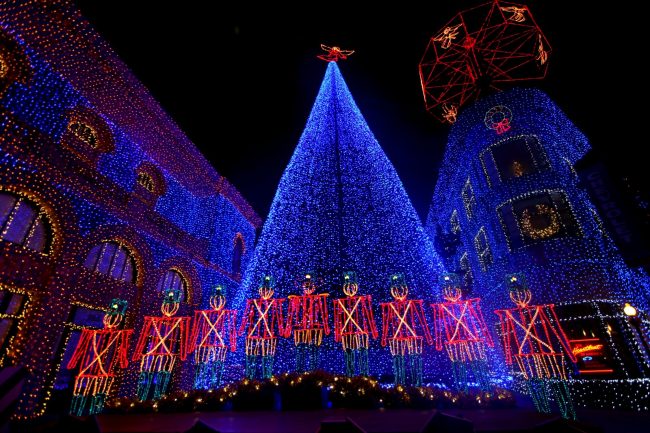 Fans of the Osborne Family Spectacle of Dancing Lights were saddened in 2016 when Disney ended the popular musical street attraction, but they now have reason to celebrate. In a press release Friday, the Walt Disney World Resort announced that the light show will return when holiday decorations appear this year, but in a new home — the recently-opened Pandora – The World of Avatar in Disney’s Animal Kingdom Theme Park.

The Osborne Lights have a storied history. Originating at the home of a Little Rock, Arkansas, businessman, the late Jennings Osborne, in 1986, the home decorations grew to include millions of lights, thousands of visitors — and a lawsuit from disgruntled neighbors. In 1995, the large-scale display was ordered to be removed. The Disney Company then reached an agreement with the Osborne family to relocate the display to its then-named Disney-MGM Studios. The Osborne Family Spectacle of Lights opened in that park’s Residential Street section in the mid-90’s, to immediate acclaim. 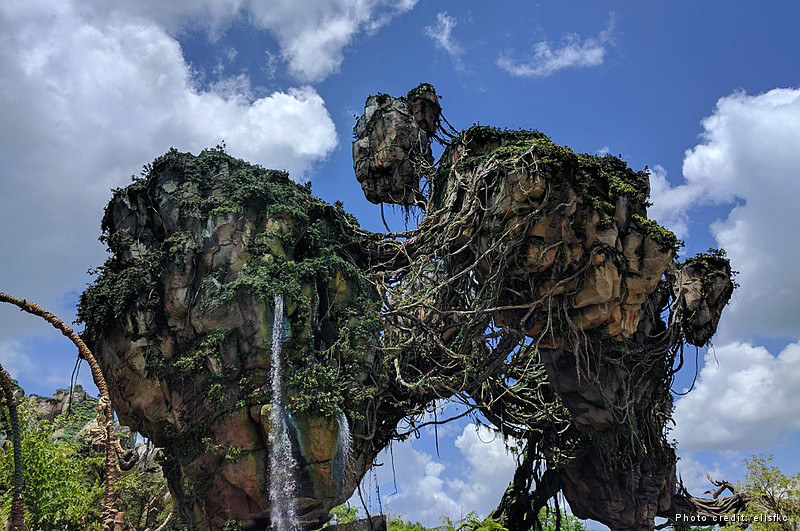 Floating mounts of Pandora – The World of Avatar. Photo credit: elisfkc, from commons.wikimedia.org

In 2004, the lights were moved to a different section of the park, the New York Street set (later renamed the Streets of America), when Residential Street was demolished to make way for a new attraction, the Lights! Motors! Action! Extreme Stunt Show. Like Osborne, Disney added to the display in each year of its existence, with computer-controlled dimmers installed in 2006 which allowed the lights to “dance” to holiday music piped into the street (and adding the word “Dancing” to the title of the display).

When the lights again go on display in November, they will be in a new home, a new park — and arguably, a different planet. Disney’s Animal Kingdom Theme Park opened its new alien landscaped area Pandora – The World of Avatar earlier this year, themed to the 2009 James Cameron science fiction adventure movie Avatar. According to the press release announcing the addition of the Osborne Lights, guests will experience “floating mountains draped with millions of dancing lights, angels spinning in the air above breathtaking waterfalls, and bioluminescent plants and artificial bulbs alike blinking and moving to a mixture of favorite Christmas tunes and Na’vi holiday hits.”

With the new location comes a new name, and the press release says that the new “Soaia Osborne Wou Sänrr Srew sponsored by Sylvania” will open on November 9.

September 26, 2017 by Marty in Florida
© 2020 Uncle Walt's Insider. All rights reserved. All images used with permission. Unless otherwise attributed, all images licensed under Creative Commons CC0 license. This site is protected by reCAPTCHA and the Google Privacy Policy and Terms of Service apply.