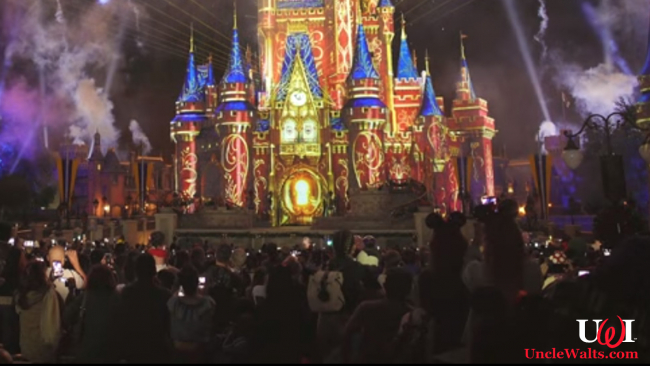 UNCLE WALT’S INSIDER H.Q., SVALBARD — A new study commissioned and funded by Uncle Walt’s Insider (via free churro coupons) has some surprising results. Apparently over ninety percent of guests entering Disney theme parks worldwide do so to take video of the parks — not for their own benefit, but for their YouTube channels!

Those results may not come as a shock to anyone who has been at the parks recently, seeing as most people just have their phones or cameras in front of their faces at all times. What may be more perplexing is that, in the U.S. parks at least, families with children are now down to less than four percent of total guests. The remainder are those who entered the wrong park looking for “Harry Potter Land.”

Our study suggests that most people interested in Disney parks have discovered that they can just stay at home for free and get most of the same experience through streaming YouTube videos. So, expect the trend to continue!

Do you ever “virtually visit” Walt Disney World ? Let us know in the comments below!

July 11, 2019 by Marty in World
© 2020 Uncle Walt's Insider. All rights reserved. All images used with permission. Unless otherwise attributed, all images licensed under Creative Commons CC0 license. This site is protected by reCAPTCHA and the Google Privacy Policy and Terms of Service apply.