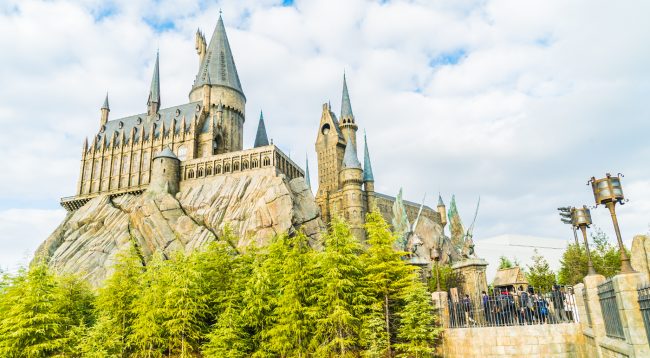 As a Magic Kingdom custodial cast member, Mansur not only looks out for the cleanliness of the parks, but often finds himself answering guest questions.

“A lot of the questions are the usual ones we’ve gotten here forever,” Mansur reports. “You know, stuff like ‘Where’s the nearest restroom?’ when we’re right in front of one, or ‘What time does the 3 o’clock parade begin?’ So I’m used to being asked dumb questions. And we carry park maps and are trained to help the guests out.”

But when Universal Studios Orlando added the Wizarding World of Harry Potter in 2010, Disney cast members started getting asked how to get there, even though it wasn’t in their park.

“As a cast member, I’m not supposed to be negative, but man…” Mansur’s voice trails off. “I knew we were in for trouble when the Harry Potter questions started. I mean, on one level I can understand how someone might first think there’s a connection between the Magic Kingdom and Hogwarts, but come on. We’re not even the same company!” 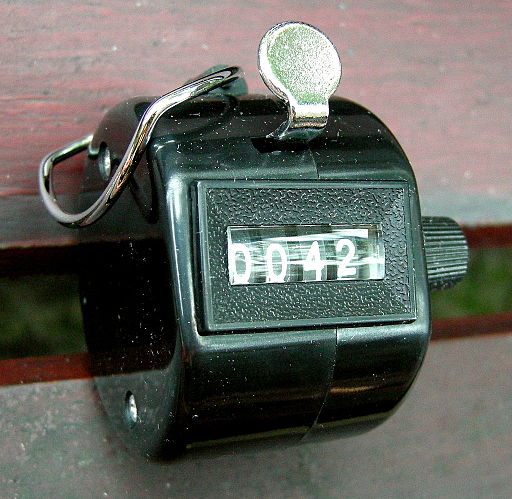 On the day of his first Potter-related question, three months before the new land opened, Mansur just happened to have a click counter (pictured at right) in his pocket. “I suspected this was going to be a recurring thing, so I just clicked every time I got a question. It was slow at first — just one or two per week — but by the time it opened, I was up to 30 or more per day.”

The questions are not identical, but every one counted reflects a basic misunderstanding of the lack of relationship between Disney and the Wizarding World of Harry Potter. “The most popular question tends to be a generic, ‘Where’s Harry Potter?’ But I also get asked how to find Hogwarts, where Ollivander’s is, where we sell butter beers, every variety you can think of. There’s also this one creepy middle-aged guy who keeps asking me where the Hermione meet-and-greet is.”

Now that he has documented his 100,000th stupid question about Harry Potter at Disney, Mansur is elated. “My custodial lead promised me that once I reached a hundred thousand, I could start doing what I’ve wanted to do from the beginning. I get to start carrying Universal Studios maps to give to the guests. Then I can directly point out where they can go, without having to explain for the bazillionth time that Harry Potter is not Disney.”

Won’t that ruin the magic for those guests when they discover the truth? Mansur shrugs. “Sure, but I won’t be there to see it. And I kind of stopped caring about that 99,997 questions ago.”

October 27, 2017 by Marty in Florida
© 2020 Uncle Walt's Insider. All rights reserved. All images used with permission. Unless otherwise attributed, all images licensed under Creative Commons CC0 license. This site is protected by reCAPTCHA and the Google Privacy Policy and Terms of Service apply.