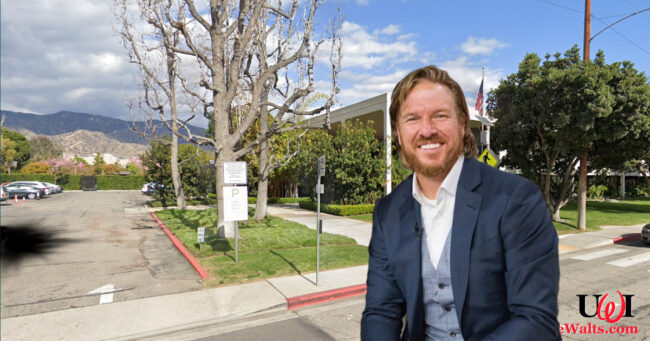 He could be in charge of demolishing every unoriginal attraction. Hmm…

BURBANK, CA — With the recent news that longtime Disney Imagineer Joe Rohde has left Walt Disney Imagineering, ostensibly to go play with spaceships, there is a rare opening for the head Imagineer. Our sources have told us that the new head of Imagineering will be WDI consultant Chip Gaines.

Bob Weis [Ed.: No relation to Charlie], President of Walt Disney Imagineering, told Uncle Walt’s Insider that “while we initially hired Chip for his expertise in demolition, we’ve decided to promote him to be the face of Walt Disney Imagineering. With Elon Musk coming in as a consultant,” Weis continued, “we needed someone with experience in actually designing and building things. Although Chip’s design style is somewhat limited, we thought that he’d be able to adapt to working in the timeless, classic style that Disney Parks, Experiences, and Products are known for.”

Desperately in need of a makeover?

Gaines is quickly making his ideas heard. According to one unnamed source, “shortly after the end of the [Walt Disney World] 50th anniversary celebration, we will be completely covering Cinderella Castle with shiplap. The new shiplap overlay will also be applied to Princess and the Frog Mountain, Room 7132 at Pop Century [Ed.: Unknown if this will happen before or after the Guardians of the Galaxy overlay planned for this room], and The Country Bear Jamboree.”

One sentient being that’s not happy about the news is Joe Rohde’s Earring. The Earring, following an unsuccessful run for President, was reportedly staying at WDI, because it was widely recognized as the brains behind Joe Rohde’s most impressive designs.

You gotta think Gaines is impressed with Elon Musk’s latest Starship demolitions, right? Let us know in the comments below!

February 28, 2021 by X in Other, World
© 2020 Uncle Walt's Insider. All rights reserved. All images used with permission. Unless otherwise attributed, all images licensed under Creative Commons CC0 license. This site is protected by reCAPTCHA and the Google Privacy Policy and Terms of Service apply.