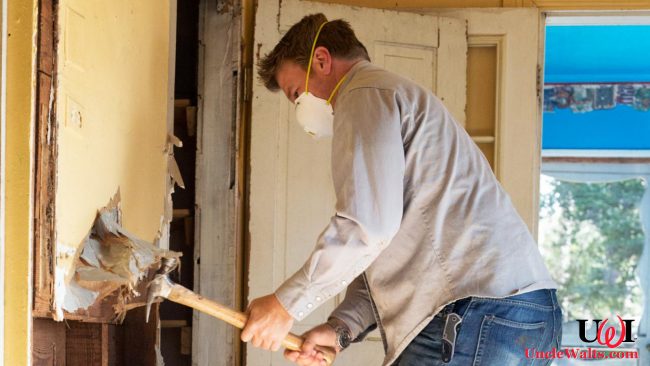 Now every day at Disney can be Demo Day.

GLENDALE, CA — In a joint press release, The Walt Disney Company and Magnolia Inc. have announced a partnership that brings Chip Gaines to the Imagineering team at Disney.

Imagineering spokesperson, Xander “X-Ray” Romano, shared the vision behind the partnership, “We’re all huge fans of Chip and the work he has done on the hit HGTV series Fixer Upper. During the design phase for Toy Story Land, now open at Disney’s Hollywood Studios located at the Walt Disney World Resort in Orlando, Florida, we would watch and study his work and techniques as a team. It finally came to us: let’s invite Chip to Glendale!”

“Oh, no,” said Mr. Romano. “We’re not inviting Chip for design work. We’re bringing him in for demo.

“Our studies have shown that demolition of existing attractions and areas of our theme parks is slower than actual construction. This is due to our desire to archive, recycle, and auction off key parts of attractions. The construction of Toy Story Land, which guests can now visit at the Walt Disney World Resort, makes demo a slow process. We’re hoping he can help us speed things along.”

What about Jojo? Will she be joining the team?

Mr. Romano, shaking his head, said this, “Look, anyone can do shiplap and put beams across a ceiling. Shiplap? That’s just a bunch of boards nailed to a wall. Oversized Toys? Giant Slinky Dog roller coaster? That takes some design work. Do you think that Joanne could stare at three paint samples and determine which one is perfect for Woody’s Lunch Box? Which, by the way, is now open and serving delicious food and beverages at Disney’s Hollywood Studios!”

Anything else to add?

“Not about that Chris Gaines guy. [Ed.: We think he means Chip, not Chris.] I do want to remind everyone that children of all ages can now join Woody, Jessie, Buzz Lightyear, and all of their friends at Toy Story Land, now open at the Walt Disney World Resort in Orlando, Florida!”

We think this might have been a giant ruse to advertise Toy Story Land. What do you think? Let us know in the comments below!

July 16, 2018 by Walt in California, Florida, Other
© 2020 Uncle Walt's Insider. All rights reserved. All images used with permission. Unless otherwise attributed, all images licensed under Creative Commons CC0 license. This site is protected by reCAPTCHA and the Google Privacy Policy and Terms of Service apply.