Joe Rohde’s Earring suspends campaign, does not endorse anyone 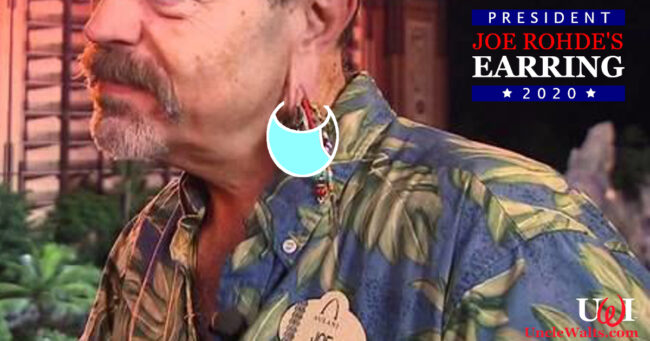 It’s a bold strategy, Cotton. Let’s see if it pays off for them.

BURBANK, CA — Joe Rohde’s Earring yesterday is suspending its campaign for the presidency. The brief press release issued yesterday gave three reasons for the decision. The campaign just never gained traction, due to “the quarantine preventing campaign events,” “difficulty in fundraising,” and the fact that “as an earring [it] is not Constitutionally eligible for the office.”

Because the campaign is only suspended, Joe Rohde’s Earring could re-enter the race if circumstances change. For that reason, the Earring is not formally endorsing any other presidential candidate at this time.

Off the record, though, a staffer was overheard to say that the Earring’s principal opponent is “a blithering idiot who spews nonsense.” [Ed.: Is it Ub? He’s running for something, isn’t he?] We think we also heard “and the other one is the President,” but we’re not 100% sure on that.

We’ll keep you posted on any campaign updates.

Ub isn’t always a blithering idiot, is he? Let us know in the comments below!

June 3, 2020 by Marty in Other
© 2020 Uncle Walt's Insider. All rights reserved. All images used with permission. Unless otherwise attributed, all images licensed under Creative Commons CC0 license. This site is protected by reCAPTCHA and the Google Privacy Policy and Terms of Service apply.