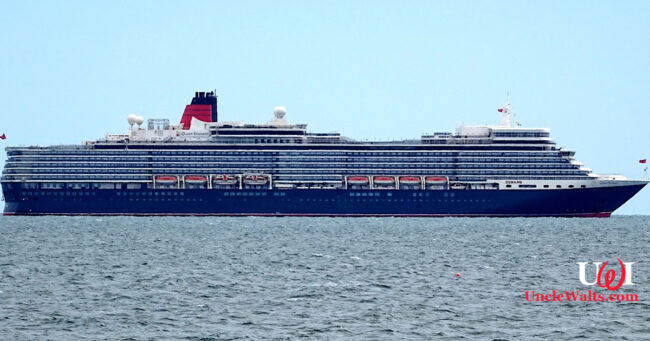 UNCLE WALT’S INSIDER H.Q., SVALBARD — Brits and anglophiles worldwide are mourning the passing of the United Kingdom’s Queen Elizabeth II. Uncle Walt’s Insider has learned that Disney parks worldwide will be closing down their respective U.K. Pavilions for a period of mourning, including the ones at Florida’s EPCOT Centre (Disney: “They’ll just have to go around”), California’s California Adventure, and Disneyland Pyongyang.

Uncle Walt’s Insider offices will remain open; however, we will have “God Save the Queen” playing at half speed on loop while we gently weep.

Do you have a fond memory of sailing aboard Queen Elizabeth? Let us know in the comments below!

Cover photo: Queen Elizabeth. [Walt: It’s supposed to be a picture of the actual Queen Elizabeth II, not a ship.] [Marty: Then you should have provided context. You can’t expect me to actually read the article.] [Walt: You literally wrote it!]. Public Domain.

September 9, 2022 by Marty in California, Florida, World
© 2020 Uncle Walt's Insider. All rights reserved. All images used with permission. Unless otherwise attributed, all images licensed under Creative Commons CC0 license. This site is protected by reCAPTCHA and the Google Privacy Policy and Terms of Service apply.