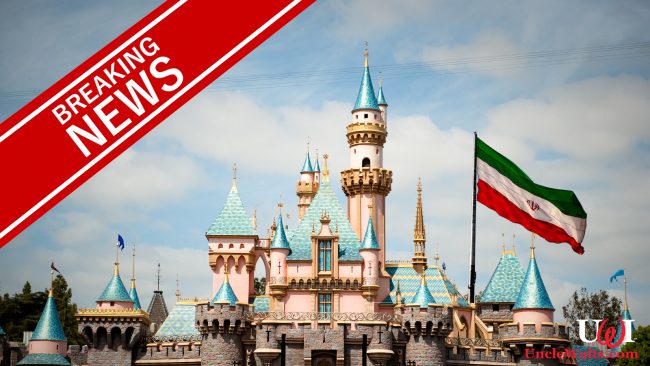 Things are a “wee bit volatile” at the moment.

BURBANK, CA — Sources tell Uncle Walt’s Insider that plans for the first Disney theme park in the Middle East, to be located in Iran’s capital city, are “on hold” for the moment.

“The situation over there is just a wee bit volatile right now,” our source tells us. “Tehran’s government is out of control, there’s unrest and violence everywhere you turn. It’s a mess. No place to build a family theme park.”

Our source continued, “Really, it’s almost as bad over there as it is in California. But we’re already there, so…”

Are you as disappointed as we are? Let us know in the comments below!

Cover photo: Could it be any worse than Disneyland Pyongyang? Photo by Josh Hallett [CC BY-SA 2.0] via Flickr.

January 9, 2020 by Marty in World
© 2020 Uncle Walt's Insider. All rights reserved. All images used with permission. Unless otherwise attributed, all images licensed under Creative Commons CC0 license. This site is protected by reCAPTCHA and the Google Privacy Policy and Terms of Service apply.