Australian quarantine camp renamed “Disneyland Down Under” to quell protests 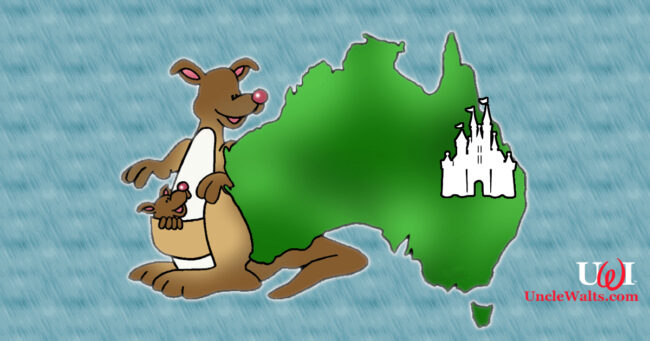 TOOWOOMBA, AUSTRALIA — The government of Australia has figured out how to counter the protests against their aggressive anti-Covid policies: marketing.

“That’s right,” Down Under (the country nickname) spokesperson Jun Under (no relation) tells Uncle Walt’s Insider. “When we rip someone out of their home and ship them to a ‘camp’ based on a health scare, for some reason a lot of folks didn’t like it. I mean, not just the ones we’re locking up, but other people around the world. It was puzzling.

“But we’ve solved that little problem here and abroad. One quick camp-renaming later, and folks are thrilled that they’ve won a ‘free trip to Disneyland Down Under.’ Now everyone is happy.”

“Okay, not everyone is happy,” Under (no relation) admits. “The Disney Company has expressed their displeasure. Funny, we thought they were okay with concentration camps and heavy-handed suppression based on their dealings in China. Plus they had their own Covid-19 ward on Tom Sawyer Island.”

So is the Disneyland name going away, we asked?

“Oh, no, not yet,” says Under (no relation). “Sure, Disney sent a few lawyers around to complain, but we suspected them of having Covid. Off to the ‘park’ they went.”

Are you going to visit Disneyland Down Under? Let us know in the comments below!

Cover photo: Okay, they say they’ve cancelled the plans to open a camp at Toowoomba. They “say”. Image via clipartpanda.com & clipartion.com.

September 29, 2021 by Marty in World
© 2020 Uncle Walt's Insider. All rights reserved. All images used with permission. Unless otherwise attributed, all images licensed under Creative Commons CC0 license. This site is protected by reCAPTCHA and the Google Privacy Policy and Terms of Service apply.