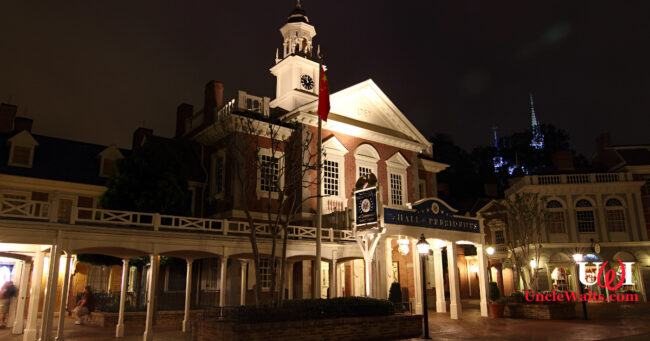 Now we just have to work on that troublesome word “Liberty.”

WOKE DISNEY WORLD, FL — Diversity continues to ooze into every pore of the Magic Kingdom! Disney (them/they) has just announced that Liberty Square will be renamed to Tianawomen Square.

Disney (them) spokesze Jun Disney (not them) shared this with Uncle Walt’s Insider:

“In an effort to be more inclusive, we’re changing Liberty Square to Tianawomen Square. It just seems to work, combining xyr most popular Princess Tiana and empowering other wymyn at the same time!”

Disney (non-persself) acknowledges another source for the name change.

It does sound familiar…

“Of course, we will be tying in Princess and the Frog to this new area, where guests can meet Princess Tiana, sample foods inspired by New Orleans with a Chinese twist, and of course buy souvenirs mass produced by the willing people of China who continue to work hard and make a salary that bests anything that the USA has to offer, as well as the best working environment!”

The Hall of Presidents, currently showing “Hamilton Live! Featuring the Muppets,” is rumored to be getting a new attraction titled “Hall of the Heroic Leaders of the Glorious Revolution.” We’ll keep you posted!

Will you visit the new Tianawomen Square? Let us know in the comments below!

Cover photo: The former Liberty Square. Can you spot the change? Photo by fortherock [CC BY-SA 2.0] via Flickr.

June 7, 2021 by Walt in Uncategorized
© 2020 Uncle Walt's Insider. All rights reserved. All images used with permission. Unless otherwise attributed, all images licensed under Creative Commons CC0 license. This site is protected by reCAPTCHA and the Google Privacy Policy and Terms of Service apply.