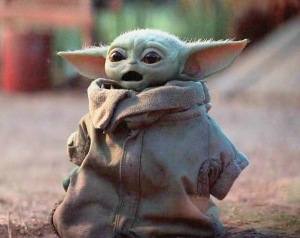 I’m with you, B.Y. Absolutely not. Next question?

“Dear (Step)Moms: With everything going on about the Texas lawsuit and the possibility of secession between U.S.A Republican and Democrat states. Would Six Flags be ready to change its name to 7 Flags? You know, it would be the 7th Flag Over Texas, hence the name Six Flags would no longer make any logical sense. Not Disney related, I know. But any ideas?” – Ross C.

Hi Cross, thanks for asking. How exciting you’re working on seceding!

Since Texas is in the process of returning back to an Independent Republic, it will still only be Six Flags, as one of the flags represented is the Texas flag.

Also, I pee the way in the same way my neighbor voted this year. Early and often!

Hi Ross. That depends a lot on who’s doing the counting. If they let Jim Delaney do the counting, the name will stay the same, no matter how many additional teams flags they add. Even after adding the New Jersey flag that nobody really wants and doesn’t add anything to the conference theme park.

Just don’t move to Texas. Everyone else already has.

Hi Rosco, and thanks for writing to the (Step)Moms!

At Uncle Walt’s, we’re working hard to advance the cause of making peeing in theme parks easier for everyone.

They looked at putting a trough next to every walkway the same way they used to have one in saloons of old so you didn’t have to stop drinking your beer, but then they decided that might make the parks smell weird. That’s why, starting on December 24, the theme parks will be rolling out a new system of catheterizing every guest as they enter. We figured out that the temperature checks slow the process enough that while one Cast Member is working at one end, a Registered Nursemember can be doing the work below. And from personal experience, I can tell you that when someone knows how, has access, and is attempting to catheterize, it’s best to comply. I mean, after that one time, I experienced pain when peeing for at least a month. I still have nightmares, but my experience STILL wasn’t as bad as it was for my wife.

Anyway, Marty, oof. You might want to get that checked out before you go septic. Maybe go to Disney World and have them prep you for entry.

As for the other thing, I think that we should pack the flags, so that instead of six, seven, or even nine flags, it should be Fifteen Flags, with flags over Washington, D.C. and Puerto Rico. In fact, let’s take over Cuba and make it Sixteen Flags! Who’s with me??

Actually, I’m not entirely sure Six Flags will still be around. I think Texas traded it to California for Disneyland!

December 29, 2020 by Marty in step-planDisney
© 2020 Uncle Walt's Insider. All rights reserved. All images used with permission. Unless otherwise attributed, all images licensed under Creative Commons CC0 license. This site is protected by reCAPTCHA and the Google Privacy Policy and Terms of Service apply.