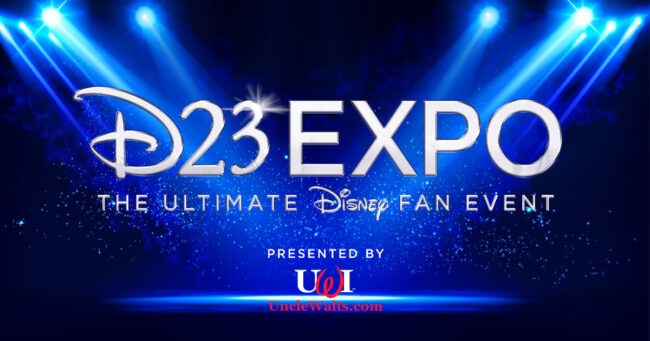 Disney’s going all in on… whatever the latest thing is. Sorry, we haven’t read the article yet.

ANAHEIM, CA – The yearly D23 Expo in Anaheim is always the source of juicy news, and as usual, Uncle Walt’s Insider is full of it! Here are some of the biggest announcements from Disney this year:

The new Magic Kingdom attraction’s opening date will be announced by September 3 of next year! Or maybe that was when they will announce the actual announcement of the opening day.

Park admission rates will increase by 28%

This wasn’t stated clearly but, you know, Bob “Bob” Chapek is still CEO. So it stands to reason.

At least until Disney can add $60 themed waterproof phone pouches to Epcot’s shops.

What, did he sneak in on a studio tour?

Mickey Premium bars to be reduced in size by 28%

Conveniently, that just means making them without ears. And crossing the words “DQ Dilly Bar” off of the packaging.

Turns out this Florida “blessing of size” business just means a lot of swamp maintenance. No more!

Avatar: The Way of Water expansion coming to Pandora at Disney’s Animal Kingdom

Proof that this article is satire.

Bob Chapek’s ego to be increased in size by 28%

Again, this is pretty standard. He’s been outpacing worldwide ego inflation for years.

For just 28% over your park admission, you can insure your phone against water damage while you’re there.

Finally they get around to letting folks meet the real favorite from the Star Wars universe.

He accidentally stepped on the full-sized Ant Man.

Finally, all future Disney shareholder meetings will begin with a gay kiss

This was a request, oddly enough, by Florida Governor Ron DeSantis.

Walt, Ub, X & Marty contributed to this article, so we have plausible deniability about any particular item.

Did we miss any other announcements? Let us know in the comments below!

Cover photo: Not photoshopped. We use GIMP. Image by Disney. (Mostly.)

September 21, 2022 by Marty in Spotlight
© 2020 Uncle Walt's Insider. All rights reserved. All images used with permission. Unless otherwise attributed, all images licensed under Creative Commons CC0 license. This site is protected by reCAPTCHA and the Google Privacy Policy and Terms of Service apply.