Every state has a favorite theme park food! What's yours? - Uncle Walt's Insider

Every state has a favorite theme park food! What’s yours? 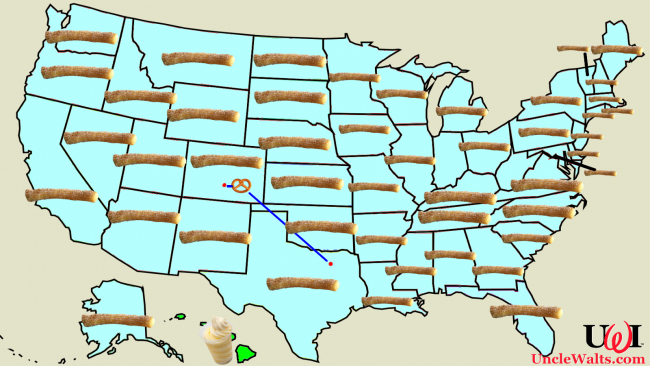 Mmmm, food at Disney theme parks! What could be better, especially if you don’t like money?!

Most folks have a favorite food in the Disney parks, and our research has found that each U.S. state has one overwhelmingly favorite! In fact, every state but Hawai’i (which naturally prefers Dole whips) overwhelming loves churros more than anything. Churros are the clear winner!

We did find two unusual pockets of dissent worth noting. Apparently there are two small areas, one in Colorado and another in north Texas, which favor cream cheese-filled pretzels over churros(!). It turns out the pretzel-loving location just happens to overlap with the Federal SuperMax prison outside of Florence, CO, where all of the terrorists are kept. No clue what’s going in Texas. The crazy Texans are usually in Austin.

So here are your favorite Disney foods by state, in case you haven’t gotten the joke yet:

Did you like churros, or are you a terrorist? Let us know in the comments!

February 15, 2019 by Marty in Spotlight
© 2020 Uncle Walt's Insider. All rights reserved. All images used with permission. Unless otherwise attributed, all images licensed under Creative Commons CC0 license. This site is protected by reCAPTCHA and the Google Privacy Policy and Terms of Service apply.