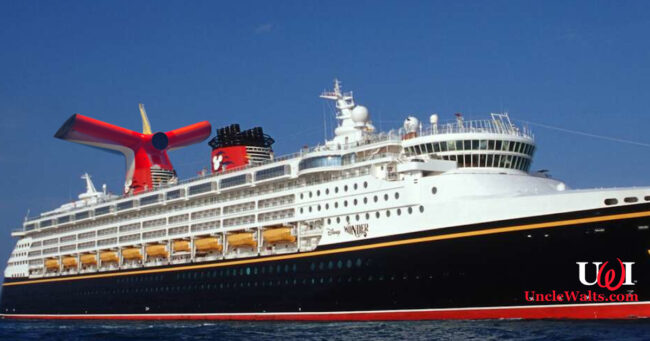 Uncle Walt’s Insider has learned that, at least for now, the former Disney cruise ships will still operate with Disney branding, and the experience will be completely unchanged. Well, mostly unchanged. There will no longer be characters on board (other than “Fun Ship Freddy“); the iconic Disney funnels will have Carnival’s red & blue “whale tail” added; and entertainment will be less Disney shows and more belly flop and hairy chest contests, along with the occasional brawl.

Will you still cruise with DCL? Let us know in the comments below!

December 29, 2022 by Marty in Spotlight
© 2020 Uncle Walt's Insider. All rights reserved. All images used with permission. Unless otherwise attributed, all images licensed under Creative Commons CC0 license. This site is protected by reCAPTCHA and the Google Privacy Policy and Terms of Service apply.