"Yes, the Mandalorian's ship was modeled after the Space Winnebago from Spaceballs" - Uncle Walt's Insider

“Yes, the Mandalorian’s ship was modeled after the Space Winnebago from Spaceballs” 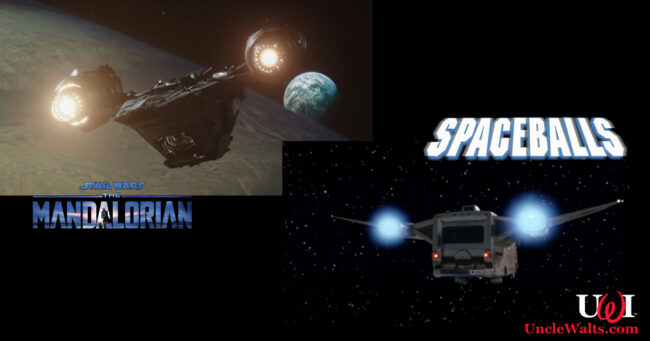 We knew it. We just knew it. 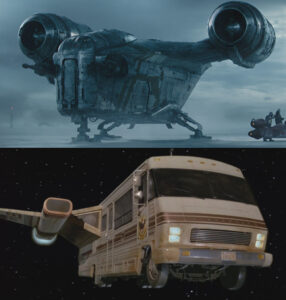 BR’ER BANK, CA — Sources at Disney+ have now confirmed what we’ve suspected all along. The Razor Crest, the spaceship flown by the title character of The Mandalorian, was indeed modeled after the Space Winnebago, Lone Star’s spaceship in Mel Brooks’ classic Oscar-winning drama Spaceballs.

“Yes, the Mandalorian’s ship was modeled after the Space Winnebago from Spaceballs,” Disney (no relation) said, reading this article’s headline verbatim. “We were just trying to cash in on the excitement around the new Spaceballs theme park in Dubai.

“Honestly, we didn’t think anyone would notice.”

Also, was The Child ripped off from Yoda? They sure seem similar. Comment below!

Cover photo: The resemblance is uncanny, you have to admit. Photo insets © Disney and Mel Brooks, probably.

November 29, 2020 by Marty in Other
© 2020 Uncle Walt's Insider. All rights reserved. All images used with permission. Unless otherwise attributed, all images licensed under Creative Commons CC0 license. This site is protected by reCAPTCHA and the Google Privacy Policy and Terms of Service apply.