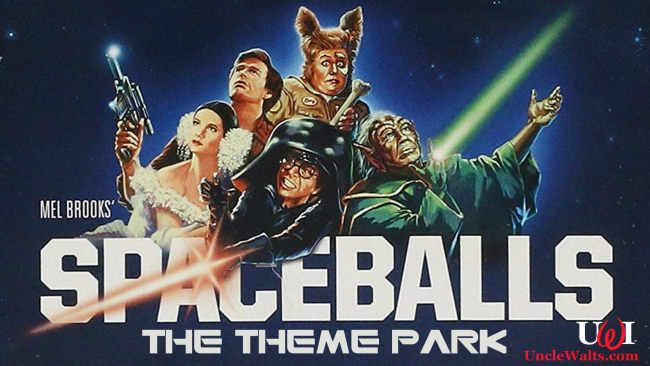 Is it the first area in a Mel Brooks land? We can hope!

DUBAI, UAE — Officials from Dubai Parks and Resorts announced today the opening of a new land at their Motiongate park. The new currently-unnamed land will feature characters and rides based on the popular Mel Brooks movie, Spaceballs.

The Motiongate park is one of five theme parks operated by Dubai Parks and Resorts. The park contains four [Ed.: Soon to be five] lands themed on popular movies. The current lands are:

At a press conference this week, company spokesperson Jun Dubai (no relation) announced the new land.

“Spaceballs has always been the most popular space travel movie in the Galaxy. From the day that it was released, audiences were on the Edge of the internet, clamoring for more. So, we are pleased to announce that we are opening a new land, dedicated to this magnificent film.

“We have not yet decided on a name for the new area. We’re debating between ‘Spaceballs: The Theme Park’ and ‘Spaceballs: Solar System’s Fringe.’ Either way, fans will be able to enjoy three all-new attractions, created just for this land.”

“First, ‘Winnebago: Freelancer’s Folly’ allows riders to experience a thrilling trip through outer space aboard Lone Starr’s legendary RV-shaped spaceship. Then, on ‘Spaceballs: Rise of the Resistance,’ our guests will be able to interactively use the Schwartz to fight against the evil Dark Helmet, and save planet Druidia.

“Lastly … this one’s my absolute favorite. We’ve hired the best scenic designers on the planet to create a lifelike desert setting. Our guests will be on the hunt for Lone Starr, Barf, Dot, and Princess Vespa. Just like the Spaceball troopers in the movie, they’ll have the opportunity to comb the desert looking for them.”

“There will also be opportunities to meet your favorite characters. And, of course, a gift shop. As Yogurt once said ‘Merchandising, where the real money from the movie is made.’ We will be selling all sorts of memorabilia – t-shirts, cereal, lunchboxes, dolls, and of course, flamethrowers. They’re a wonderful children’s toy.”

As exciting as this sounds, Dubai (no relation) was unable to provide an opening date, so fans should not start booking their trip yet. However, rest assured, Uncle Walt’s Insider will keep you posted on all the exciting details.

What’s your favorite part of the new Spaceballs land? Let us know in the comments below!

March 18, 2019 by X in World
© 2020 Uncle Walt's Insider. All rights reserved. All images used with permission. Unless otherwise attributed, all images licensed under Creative Commons CC0 license. This site is protected by reCAPTCHA and the Google Privacy Policy and Terms of Service apply.