Toy Story will get a gritty live-action reboot 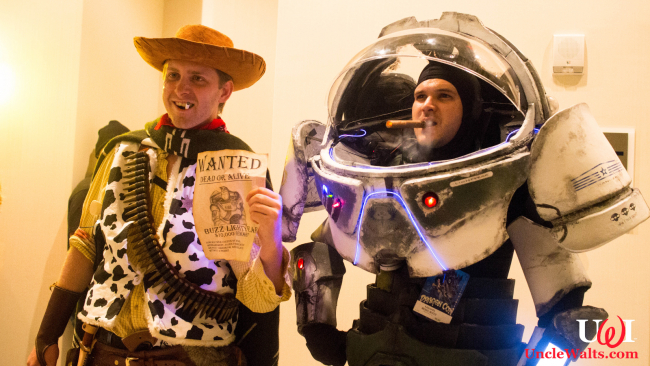 Pixar’s first live-action feature will tell a “dark tale of betrayal and vengeance.”

EMERYVILLE, CA — For over two decades, Pixar Studios has been the undisputed leader in computer-generated animated feature films. In fact, they literally invented the genre, beginning with 1995’s Toy Story.

With the coming release of Toy Story 4, and with script issues delaying Toy Story 5: Woody Gets a Hernia, rumors are surfacing that Pixar will soon join parent company Disney’s live-action remake craze. If true, a live-action Toy Story will reach theaters in 2021.

Uncle Walt’s Insider of course reached out to our favorite Disney (the company) spokesperson Jun Disney (no relation) for confirmation.

“I can’t talk about that yet,” Disney (no relation) replied.

Talk about what, we asked?

“The new live-action Toy Story reboot. I don’t have permission to talk about it.”

Ah, so it does exist?

“I can neither confirm nor deny its existence, or rumors that we’ve secured Christopher Nolan to direct and give it the whole bleak Batman Begins treatment. And I especially cannot confirm that the script tells a dark tale of betrayal and vengeance, or that one of your favorite toys is definitely going to die.”

Well sorry, readers, we tried to confirm the rumors, but Jun Disney (no relation) can’t tell us anything. We’ll let you know if we ever get any confirmation.

Which lovable toy would you most like to see die? Let us know in the comments below!

Cover photo: Possible still from the set of the live-action Toy Story remake. Photo by Pat Loika [CC BY 2.0] via Wikimedia Commons.

June 4, 2019 by Marty in Other
© 2020 Uncle Walt's Insider. All rights reserved. All images used with permission. Unless otherwise attributed, all images licensed under Creative Commons CC0 license. This site is protected by reCAPTCHA and the Google Privacy Policy and Terms of Service apply.