Starman disappointed: "I was promised a trip to Disney World" - Uncle Walt's Insider

Starman disappointed: “I was promised a trip to Disney World” 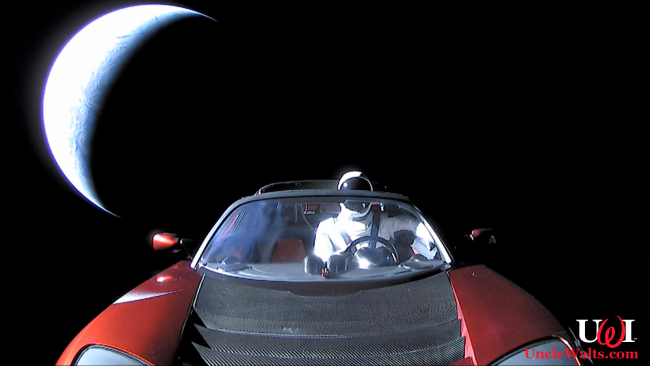 “There are no churros in space.”

OUTSIDE MARS ORBIT — In a remote (duh) interview with Uncle Walt’s Insider, Tesla Roadster pilot “Starman” claims that he was promised a trip to the Walt Disney World Resort for taking part in the SpaceX launch.

In the more than six months since the Falcon Heavy rocket launched the red Tesla Roadster into space, Starman has traveled over 143 million miles (and exceeded the Roadster’s warranty 7,500 times over). He’s gone farther from Earth than any human astronaut has ever gone, or will go in the foreseeable future. And yet, the spacefaring Tesla driver has one big regret: not getting his free trip to Walt Disney World.

“It’s just disappointing,” Starman says. “I was really looking forward to seeing Cinderella Castle and maybe getting to ride in the parade. And there are no churros in space.”

Starman is philosophical, though.

“I can’t complain too much, since I’m getting to do something no one else has ever done. The views out here are stunning. But Elon [Musk, founder of SpaceX and Tesla] did promise I could go to Disney World when I got back. I just didn’t bother to ask when I’d get back.”

A team of researchers has estimated that the Roadster has a six percent chance of crashing back on Earth within the next one million years.

August 8, 2018 by Marty in Other
© 2020 Uncle Walt's Insider. All rights reserved. All images used with permission. Unless otherwise attributed, all images licensed under Creative Commons CC0 license. This site is protected by reCAPTCHA and the Google Privacy Policy and Terms of Service apply.