NEWS FLASH: Tarantino will direct ‘Song of the South’ remake 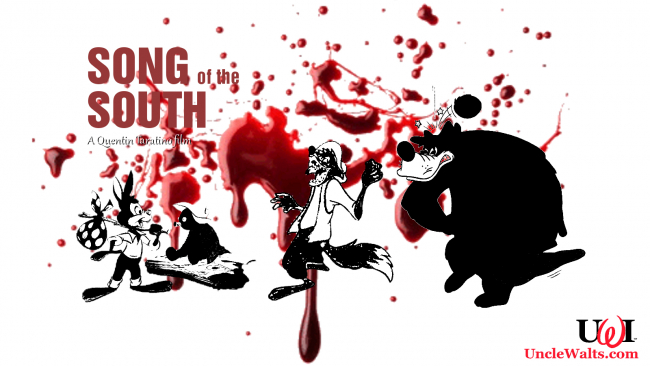 We can’t wait for the close-ups of Uncle Remus’s feet.

BR’ER BANK, CA — As Uncle Walt’s Insider reported last year, Song of the South is being remade, the latest of Disney’s live-action reboots. The beloved film, set in the southern U.S. during a time when all races lived together in peace and harmony, is one of only a handful of films that has not been remade by the studio.

And now the reboot, scheduled for a November 2020 release, has a director attached: Quentin Tarantino!

Some say Tarantino is an odd choice to direct a Disney movie, even with Samuel L. Jackson signed to star as Uncle Remus. We reached out to Disney (the company) spokesperson Jun Disney (no relation) for more information.

“I can’t comment on the plot or character changes Tarantino will bring,” Disney (no relation) tells Uncle Walt’s. “But I can report that the movie will be really long. And it will occasionally be extremely tense. And occasionally extremely violent and gory. And occasionally laugh-out-loud funny. And will probably end in a scene that is all of those at once.

“So, pretty much like the original Song of the South.”

Song of the South: Volume II will be Tarantino’s tenth film — or eleventh, if you count his uncredited directing of My Little Pony: The Movie (2017).

Will it be Tarantino’s first G-rated film? Let us know in the comments below!

August 2, 2019 by Marty in Other
© 2020 Uncle Walt's Insider. All rights reserved. All images used with permission. Unless otherwise attributed, all images licensed under Creative Commons CC0 license. This site is protected by reCAPTCHA and the Google Privacy Policy and Terms of Service apply.